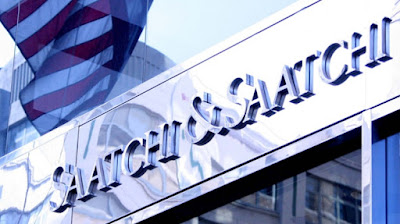 Advertising Age reported Saatchi & Saatchi New York replaced the White men serving as CEO and Chief Creative Officer with non-Whites—and the CEO replacement is a woman. Gee, was this a final move for diverted diversity and true diversity by soon-to-be-former Saatchi & Saatchi Chairman Kevin Roberts? Or will Cindy Gallop tweet to take credit for the decision? The timing sure works with the General Mills account review featuring diversity requirements for women and people of color.

The news is being announced at a staff meeting today at 3 p.m. in Saatchi’s New York office.

Mr. Smart took the CEO role less than three years ago, in November 2013, replacing Durk Barnhill, who only held the job for a year. Mr. Smart has been close to the General Mills business—he was worldwide managing director on General Mills before becoming New York CEO—and that creative account, one of Saatchi’s biggest, is currently in review in the U.S. Mr. Benjamin joined Saatchi three years ago from a similar role in the New York office of Publicis Groupe sibling Leo Burnett.

“Jay and I started this journey of reinventing Saatchi New York together as partners, and we’ve decided to finish as partners, as we both leave the agency to pursue other opportunities,” Mr. Smart said in a statement.

Ms. Diquez, who became president of Saatchi New York in October 2015, is a 20-year Saatchi veteran with a background in regional and global account management. A native of Venezuela, she began her career at Saatchi’s U.S. Hispanic shop Conill. She moved to Mexico City in 2011 to become CEO of Saatchi & Saatchi Mexico, returning to New York in 2013 as exec VP-global director to run the Olay business from Procter & Gamble, Saatchi’s biggest global client.

In her new CEO post, she will continue her leadership role on P&G. Her promotion comes almost a month after Saatchi Chairman Kevin Roberts resigned in the wake of controversial comments about gender diversity.

Don't be fooled. Those aren't "non whites", they aren't minorities, they are (like all agency diversity hires instead of anyone Black) elite foreigners with visas.

The agency holding company also tried to claim that Gustavo Martinez (from the same country and background as one of these two) was "diverse" too.

That didn't stop him from making fun of dark skinned people as monkeys in front of a room full of executives, or assuming Black guests at a hotel would rape the white conference attendees.

Foreign, as in the case of Saatchi, does not automatically equal non-white, or giving a shit about minorities.