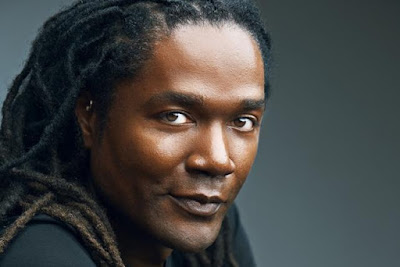 Twitter has named ad industry vet Jayanta Jenkins its global group creative director, the company’s highest creative role. Mr. Jenkins most recently served as global creative director of advertising at Apple/Beats by Dre. Throughout his advertising career he has steered celebrated work for Nike, Gatorade and Powerade, among others.

“It’s an extremely exciting opportunity to go from a successful advertising career into a new type of leadership role,” Mr. Jenkins told Ad Age. “For me, this was exclusively about challenging myself and looking to do something that completely disrupted my approach and what people look at me as having done.” As for what he plans moving forward, at this point, “it’s really undefined,” he said. Appropriately enough to the brand, “I’m a person that lives in the moment,” he added.

He joins Twitter at a point in which its in-house creative practice has become centralized and the brand is making moves to tell its story in a bigger way, via marketing.

About five years ago, the company had formed a brand strategy unit to team up with advertisers and show them creative ways to work with Twitter, according to Mr. Lunenfeld . Under Twitter’s communications team, the brand started to grow out a consumer-focused team on product marketing, as well as one for b-to-b. When Ms. Berland joined as CMO earlier this year, all those teams were centralized into a single group. Since then, the brand has debuted a big new marketing push that aims to educate the public on what Twitter is really about, and on how to use it.

“That was really about step one, which was to take the reasearch that showed very clearly over the years that awareness of our existence is well over 90%, but usage it much smaller,” said Mr. Lunenfeld. “There were misconceptions that Twitter was just another social network, so we really wanted to inform people of what Twitter is about,” he said. “Twitter is where you go to see what’s happening everywhere in the world right now,” Ms. Berland noted in a blog post introducing the first ads.

“There are some really raw tools I’ve played with in other points of my career, but honestly, this place will open up the aperture of what I’ve done,” Mr. Jenkins said.

Mr. Jenkins made the move from agency to client side when he joined Beats in July of last year. He began his career as an art director at the Martin Agency before going on to senior roles at Wieden & Kennedy and TBWA/Chiat/Day.

His oeuvre is defined by culturally charged hits such as Gatorade’s humorous “Sweat It to Get It,” starring Peyton Manning and Cam Newton, and “Win From Within.”

He also worked on Nike’s hilarious sitcom-style “The LeBrons”; the “Chamber of Fear” campaign that gave birth to early viral sensation “Afro Ninja”; “Love Me or Hate Me,” which played on the idea that Kobe Bryant had never earned full acceptance by b-ball fans; and Nike’s Michael Jordan farewell “Goodbye, Mars,” which also paved the way for the new Jordan Brand.

While at Beats, he oversaw the brand’s films starring Serena Williams, Draymond Green and Cam Newton.

His appointment sees the arrival of an African-American leader in a chief exec post—a rarity not just in advertising and marketing, but also the tech world. “I feel fortunate to have worked at a lot of great places, from an agency in the south at Martin in Richmond to Wieden and Chiat,” said Mr. Jenkins. “My journey has led me to this moment and I just want to continue on the path of putting out interesting things and things that create inclusion. I want to continue to extend myself and kick ass, to be honest.”

“We’re a platform where inclusion lives,” said Mr. Lunenfeld. “We allow for differences and for everyone to be heard.”

In the coming weeks, Mr. Lunenfeld said Twitter will be debuting plenty of new messaging, both on its own and other platforms. Those will include content around the NFL season as well as messages around the idea of everyday storytelling.

“We’ve just begun to tell our story,” said Mr. Lunenfeld, “We have a lot of work ahead.”