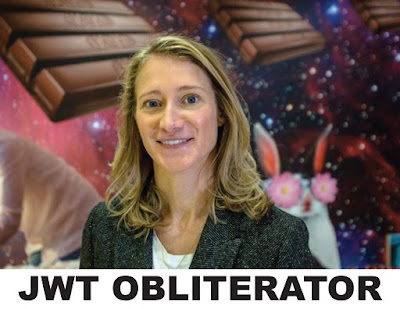 Campaign reported JWT is facing another discrimination lawsuit, except this one involves JWT London being accused of discriminating against straight White men. Sorry, Gustavo Martinez, you’re no longer eligible to join the legal fight as a plaintiff.

The latest fiasco started when JWT Creative Director Jo Wallace reportedly spoke at a Creative Equals event, introducing herself as a lesbian and declaring her mission to “obliterate” JWT’s reputation as a “Knightsbridge boys’ club” for White, British, privileged, straight men. A few days later, a group of White, British, privileged and straight male employees allegedly met with the JWT HR department to voice their concerns. Within days of the HR powwow, the group was obliterated and made redundant—that is, the guys were fired.

For the initial news stories, JWT London declined to respond, opting for the standard line: “It’s not appropriate for us to comment on individuals in an ongoing process. Any redundancies at JWT London are handled fairly, lawfully and without any form of discrimination.”

Okay, people are allegedly treated fairly when fired, but what about when hired? Given the earlier revelation that JWT London has a terrible gender pay gap problem, it’s safe to say the White advertising agency engages in discriminatory practices—so it’s reasonable to presume the place is capable of wrongdoing in any employment-related area.

Additionally, once the news spread—and Wallace likely started getting targeted with criticism—JWT London sources proceeded to inappropriately comment. The sources even remarked that seemingly disproportionate firings of White men were to be expected, as White men are disproportionately in the majority at JWT London.

Yet the bigger news bomb came when clarifying that Wallace was not delivering a monologue at the Creative Equals event. Rather, she shared the stage with JWT London Executive Creative Director Lucas Peon; plus, JWT London CEO James Whitehead was in the audience. Um, Peon and Whitehead—whose last names are wildly appropriate in the overall scenario—actually deserve the most flak, as they had to be aware of the gender discrimination at JWT London long before Wallace realized she was getting screwed by her employer. And the two male leaders had to be directly involved with the decisions that sparked the redundancy of White men. 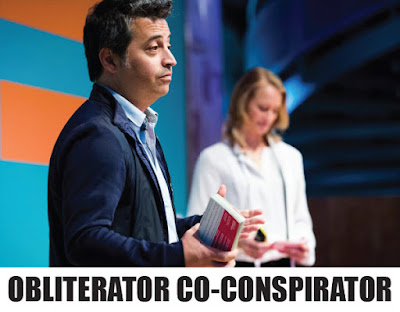 BTW, if the redundant White men ultimately take their former employer to court, they can offer the JWT Female Tribes gender pay gap campaign as evidence of a pro-White-women workplace. Hell, they could toss in JWT Worldwide CEO Tamara Ingram’s tampon crusade too.

At this point, WPP CEO Mark Read is probably wondering if he can institute a lawsuit freeze.

Finally, look forward to JWT London positioning itself as innocent and progressive by having the Commodore replace Victoria Beckham for the Spice Girls Reunion Tour. Or he could join Village People, as the group has never really featured a Commodore character. 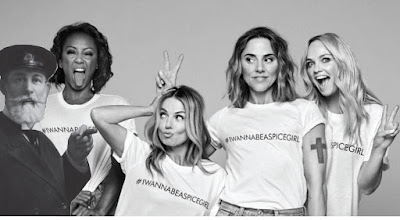