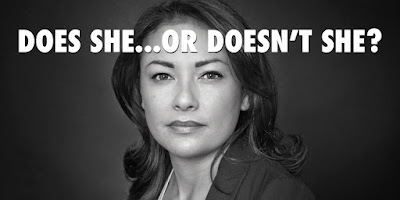 Adweek reported on the departure of TBWA Global CMO Kyla Jacobs via a story that probably should have been posted at AgencySpy, as the trade journal presented lots of fuzzy implications and innuendos. Apparently, Jacobs’ resignation may have been tied to HR complaints about her “abusive” management style, as well as the wardrobe style forced on team members. Adweek noted, “Some were also reportedly required to perform personal favors for Jacobs and to attend social gatherings with her outside the workplace each month.” Um, it seems a tad unprofessional for Adweek to publicize alleged wrongdoings in such vague fashion—especially in these times of scandalous discrimination and sexual harassment. Jacobs is a signatory for TIME’S UP/Advertising, so let’s hope her alleged bad behavior doesn’t add more drama for that particular movement. Regardless, Adweek should either clearly expose any newsworthy issues or not cast suspicion on what appears to be the mutual separation agreement of a typical asshole boss.

TBWA\Worldwide global CMO Kyla Jacobs, a member of the Omnicom network’s executive leadership team who has run its new business efforts around the world for the past three years, will be leaving the company, a spokesperson confirmed this week.

The agency representative told Adweek that Jacobs resigned from her position and that Ulrich Proeschel, a longtime TBWA veteran based in Berlin who currently serves as vp of business development for the European region, will succeed her on an interim basis.

“I’m resigning after five productive years leading new business at TBWA because it is time for new challenges and a fresh start,” Jacobs wrote in an email.

Jacobs and the agency spokesperson declined to elaborate further on the circumstances surrounding her departure, but two sources with direct knowledge of the situation said the move followed multiple HR complaints regarding her management style and specific actions taken during her tenure.

One person said a member of the group, which is known by the nickname “new biz ninjas,” left the company several months ago after filing an HR complaint due to ongoing conflicts with Jacobs. Information from that person that was not intended to be shared publicly eventually made its way to others at the agency’s New York office, who brought it to the attention of leadership several weeks ago.

According to both sources, TBWA\Chiat\Day New York president Nancy Reyes confirmed to staff last week that she would be leaving the company.

One source said the aforementioned individual was not the only member of Jacobs’ team to file an HR complaint. Her former executive assistant also went to human resources earlier this year to report what was described as “abusive” behavior and received a transfer to another department, the source said.

Members of the majority-female ninjas team wore “uniforms” consisting of nude heels and all-black clothing, according to Adweek’s sources. Some were also reportedly required to perform personal favors for Jacobs and to attend social gatherings with her outside the workplace each month.

During Jacobs’ five-year tenure at TBWA, she led several successful pitches for accounts such as H&M, NBCUniversal and Pernod Ricard. She joined the agency as director of business development in New York in 2014 after holding the same role at CP+B in Europe and received a promotion to global business development director the following year.