14389: Giving Thanks For Significant Settlement…? 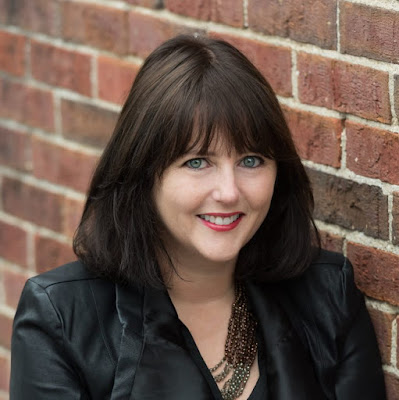 AgencySpy posted on former JWT Global Chief Communications Officer Erin Johnson, who landed as Chief Communications Officer for Gifnote. AgencySpy stated Johnson received a “significant settlement” from WPP, even though no news sources ever provided a figure, as the agreement terms were confidential. At least Johnson has a fresh headshot to tout her new job. And if she did receive a significant wad of loot, maybe she’ll send the GIF below to Gustavo “I want to be a university professor” Martinez.

Erin Johnson, the former head of global communications for JWT, has taken a new role as head of comms for Gifnote, a music messaging startup.

Johnson earned worldwide attention after suing her former employer and CEO Gustavo Martinez for sexual harassment in a case that stretched over two years and ended in a significant settlement for WPP.

In the new position, she will work with Gifnote’s executive team to help oversee marketing communications strategy and execution. The product, which launched earlier this month, allows users to send music clips or Soundbytes in texts and social media messages. The company “works in compliance and partnership with the music industry” to maintain a database and search engine consisting of thousands of samples from popular songs.

Founder Andy Blacker is a former AOL executive who also co-founded ToneMedia, which was acquired by music listings company Bandsintown.

In a statement, he said Johnson “is driven by creative excellence and a sharp understanding of today’s digital media landscape and economy,” adding that “Our mission is to bring our patented and licensed Songbytes into the world’s largest form of communication—texting and social posts.”

Johnson spent 13 years with the JWT organization and served as its chief communications officer from 2008 to her departure earlier this year.

Her suit, first filed in 2016, preceded the larger string of cases that attracted headlines starting approximately one year ago. Martinez, who was described by many as a [probable] successor to Martin Sorrell, officially left WPP in June. Johnson responded to the news by sharing a link and a Gifnote image.