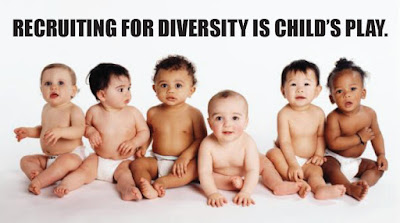 The net takeaway: racial and ethnic minorities are being recruited, but not retained—and this only applies to entry-level workers. Gee, what a newsflash.

Yep, it looks like all the minority internships, college scholarships, inner-city high school apprenticeships and embryonic courtships are bringing in shiploads of colored candidates. Unfortunately, newbies quickly discover the typical White advertising agency is no Love Boat, so they bail out. The Ad Age report didn’t include hard figures, incidentally, so the youth-related summations are questionable and suspect too.

Speaking of questionable and suspect, the article gathered insights from the usual suspects—specifically, Chief Diversity Officers. It’s ironic that these individuals noted the lack of mid- to senior-level minority hiring, as “diversity and inclusion executive” seems to be the sole role that White advertising agencies are quick to fill with mid- to senior-level people of color. To compound the problem, White advertising agencies are even quicker to let CDOs launch kiddie internships, scholarships, apprenticeships and courtships—and then proclaim mission accomplished.

Most disturbing are the closing comments from Omnicom SVP CDO Tiffany R. Warren:

“It’s about recognizing and considering people of color in ways that their white counterparts are being considered. Is there equity in how we deal out the retention and leadership opportunities? It just takes a quick audit and review of who’s within your agency now, who’s ready for that step up. … I want to be really clear: It’s not that difficult.”

Um, Warren’s been steering the ship since 2009. If it’s not that difficult—and she’s working for a Pioneer of Diversity and restlessly ambitious diversity defender—why hasn’t Warren managed to turn Omnicom into a multicultural Mecca? 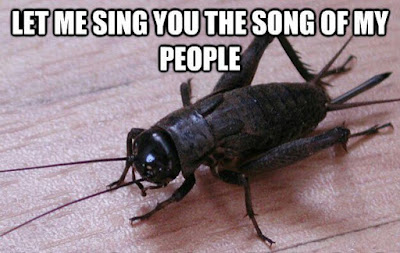 Why diverse talent is being found and hired, but not sticking around

More than 1,000 people, most of them young marketers, gathered last month near Manhattan’s Penn Station for The One Club’s cheekily named diversity conference, Here Are All the Black People.

Part job fair, part speaker series, the event brought people of color looking to break into or advance careers in advertising face-to-face with recruiters from dozens of agencies. Senior creatives critiqued portfolios, and panelists from the 3% Conference and brands like Facebook and Diageo discussed how to tackle racism, sexism and ageism in the workplace.

Industry events like this now dot the calendar, and they’re increasingly popular, with big names behind them. In September, 1,200 people attended the 12th annual AdColor Conference in Los Angeles, a gathering jointly sponsored by Microsoft and Omnicom Group. In August, 750 people showed up for a luncheon to celebrate the latest crop of high school and college students to come out of the American Association of Advertising Agencies’ Multicultural Advertising Internship Program, an initiative that’s in its 45th year.

But the progress made by diversity and inclusion efforts in the industry has largely been concentrated at the entry level. The problems come later: While diverse talent is being found and hired, it’s not being sufficiently supported or groomed to reach senior levels.

According to an ANA survey from earlier this year, Asians make up 10 percent of ANA member company employees but just 5 percent of CMOs. The ratios are similar for Hispanics: 8 percent and 5 percent, respectively.

The success that recruitment efforts are seeing isn’t translating to better representation at the top because the attrition rate for people of color in the industry is so high. “I don’t think there’s a problem at the junior level,” says Carl Desir, diversity and inclusion director at R/GA and former VP for talent initiatives at the 4A’s. “Where it gets more difficult is in the mid-to-senior executive levels. If they don’t stay, we can’t groom them for leadership.”

Yet agencies and brands continue to focus on building out the diversity “pipeline.” There seems to be a new internship program or portfolio school initiative unveiled every few weeks. But while these programs and events are both good and necessary, these days the pipeline isn’t the problem, say the people responsible for diversifying agency rosters. Poor retention and a lack of leadership are driving people of color away from the industry—or failing to keep them—almost as fast as they can be recruited.

“We are very gung-ho about finding and encouraging these young people and getting them super excited, and then we kind of throw them to the wolves to figure it out,” says Tiffany Edwards, engagement and inclusion director at Droga5. “That leads to what we call the ‘leaky bucket.’ You can funnel in as many people as you want, but within the first one to two years, they all slowly start to leak out the bottom.”

The focus on bringing students and diverse young talent into the industry can mask institutional problems that no amount of recruitment can fix. Certainly it’s easier for an agency to show up at job fairs than to analyze and correct an environment that isn’t welcoming to people who don’t fit a particular mold.

“It becomes a way for organizations to make the focus external instead of internal,” Edwards says. “Instead of figuring out why we’re not promoting people of color or hiring people of color into senior positions, let’s go find a bunch of the most promising high school students and say we’re ‘doing diversity.’“

And if the newcomers aren’t happy in their positions or don’t feel they’re getting the right kind of support professionally or culturally, it’s only natural to see them as the problem, rather than the organization and all its built-in biases, Desir says. “Advertising has been a straight white man’s world since it was created,” he notes. “People are attracted to and drawn to people who look, act, think just like them. So when you have this shift where culture and society is becoming more diverse and the industry is not, and people feel like they’re losing what they’ve built—whether that’s true or not—you’re going to have pushback.”

In advertising, quality is subjective. Copy, art and strategy don’t lend themselves to dispassionate appraisal, especially in an industry where people work in small close-knit groups. “When you get a team who feels comfortable, it’s easy,” says Kelly Davis, global chief human resource officer at Droga5. “But if you get a team filled with people that are different from you, how do you get the best from them?” Managers need to be trained to value opinions and ideas that feel unfamiliar to them, she says, and to appreciate cultural references that may not resonate with them but will with a broader audience.

It’s a task that becomes easier to accomplish the more it’s already been accomplished—a classic virtuous cycle. Tapping diverse talent for promotion puts them in leadership positions. As creative directors or account directors, they’re in a position to more easily recognize the contributions of other underrepresented talent. In turn, entry-level staffers have people higher up in the organization whose career paths they can emulate and who can serve as mentors and advocates.

But that means creating space within organizations for new kinds of people. The traditional hiring model seeks a person to fill a position, usually one that’s been recently vacated or one created by the current teams. Instead, companies looking for new ideas should build positions around the right people, Edwards says.

“We’re still trying to shape the talent to fit our very old model of what advertising is, instead of actually helping them develop their creativity and flourish and figure out why they’re valuable,” she says. “They’ve been told there’s this cookie-cutter way to be in advertising: this is what a portfolio should look like, this is what good work looks like. They’re not trained to be their authentic selves.

By now, most companies recognize the value in having diverse teams, or at least give lip service to the idea. A January 2018 study from McKinsey & Co. showed that executive teams with the highest ethnic and cultural diversity were 33 percent more likely to lead profitability in their industries. Companies that lacked diversity were 29 percent less likely to pull in high profits. But the question remains: How much diversity is enough?

When it comes to women’s representation, 50 percent parity is an easy metric to settle on because women are half the population, says Tiffany R. Warren, Omnicom senior VP and chief diversity officer and the founder of AdColor. For people of color, demographic data can help. African-Americans are 13 percent of the U.S. population, according to the 2010 U.S. Census, and Hispanics make up 18 percent. But in the areas where advertisers and their agencies are clustered, the numbers are much higher. Only 45 percent of New York City and 50 percent of Los Angeles are white, according to the census. Minneapolis is only 64 percent white, the census found, while 74 percent of employees in the ANA survey at member companies are white.

“If you’re in a majority-minority town, and your agency or company is at 4 percent, you have to examine yourself,” says Warren. “What, systematically, is happening that you’re not reflecting the cultural diversity of the city that you’re in?”

For all the hand-wringing about diversity and where the industry has gone wrong or is falling short, the fixes are relatively straightforward, Warren says. Spend the time required to build out diverse teams. Spend the money required to hire talented senior-level people from underrepresented groups.

“It’s about recognizing and considering people of color in ways that their white counterparts are being considered. Is there equity in how we deal out the retention and leadership opportunities? It just takes a quick audit and review of who’s within your agency now, who’s ready for that step up,” she says. “I want to be really clear: It’s not that difficult.”