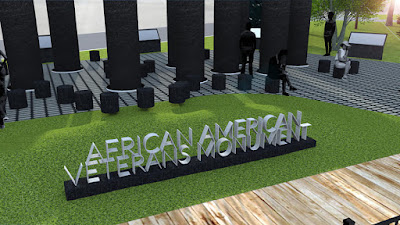 BUFFALO, N.Y. (WKBW) - The Buffalo and Erie County Naval Park is expanding. Twelve pillars representing the 12 American military conflicts will rise to recognize the African American soldiers that have fought for this country.

“We as African Americans have been shedding our blood for this country since its very inception,” Walter Cole, a Vietnam Veteran and Buffalo native said. He is proud that their will be a memorial that celebrates African American soldiers in Western New York.

The monument will have a brick foundation with names of fallen African American soldiers from Western New York with the 12 ten- foot pillars scattered around.

“May these hallow grounds be a place where all people may gather to remember that it was not just one gender, one race, not just one heritage, that served our country with bravery and loyalty,” Darius Pridgen, Buffalo Common Council President and U.S. Air Force Veteran said.

Vietnam Veteran Ken Stevens hopes the memorial will educate students on the African American soldiers that were once forgotten.

The construction on the monument will begin next spring and the African American Veterans Monument Committees plans to have the piece completed by Veterans day of next year.