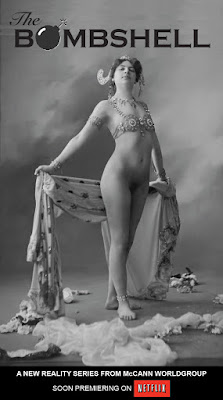 Advertising Age reported McCann lost its protest with the Government Accountability Office, effectively being eliminated from the U.S. Army account review again. Of course, that isn’t stopping the White advertising agency from continuing its efforts to get back into the competition, as McCann plans to pursue legal action with the U.S. Court of Federal Claims. If the next maneuver fails, expect the White advertising agency to appeal to The People’s Court. From there, the initiative will move to Shark Tank and Dancing With The Stars. Concurrently, McCann will introduce a program a la The Bachelorette, where contestants vie to serve as a covert femme fatale for the White advertising agency. This ain’t over yet, folks!

By E.J. Schultz and Megan Graham

McCann has suffered another significant setback in its attempt to hang onto the lucrative Army account it has held for 13 years. WPP and Omnicom are still alive in the review, according to people familiar with the matter.

The Interpublic shop was eliminated from the review earlier this year, but it fought the decision by filing a protest with the Government Accountability Office. The GAO this week denied the protest bid, but McCann is vowing to take the matter to the U.S. Court of Federal Claims.

The government did not publish details of its decision. In an internal memo issued today, McCann Worldgroup CEO Harris Diamond stated “we were eliminated from the review by the contracting officer, not our client, based solely on a technical issue related to a missing disk, notwithstanding the fact that we believe they are in possession of all the necessary information needed to evaluate our proposal fairly.”

He added that the agency would “pursue every channel necessary to have the quality of our proposal fairly evaluated, including bringing the matter to federal court where a judge will evaluate our case.”

“I’m very proud of the relationship we’ve had with the U.S. Army. It’s been an honor. I’m proud of the work and proud of what we’ve accomplished together,” Diamond told Ad Age. “I think that we are the right team to take them forward in a complex recruiting environment.”

In January 2017, the U.S. Army released a request for proposals for its advertising and marketing business. An Army representative said at the time that the mandated review “estimates the contract ceiling to not exceed $4 billion” over a period up to a decade. McCann Worldgroup, which includes Weber Shandwick and UM, has held the business since 2005 and reaps an estimated $30 to $40 million in annual revenue from the account, Ad Age reported last summer.

Last September, McCann Worldgroup won a separate protest it filed against the Army’s Government Accountability Office alleging that its elimination from a review for the Army’s business was “arbitrary and capricious.”

In October, McCann released new work for the client as part of a “Warriors Wanted” campaign.