14387: Wrestling With Gender Equality In Advertising. 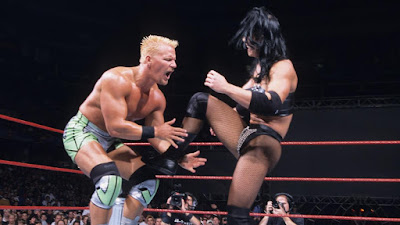 Campaign published a perspective from The Beyond Collective CEO Zaid Al-Zaidy—inspired by the JWT London fiasco—that underscores the similarities and differences between how the U.S. and U.K. advertising communities fumble with diversity and divertsity. The last time MultiCultClassics noticed Al-Zaidy, he was suggesting that the United Kingdom address its diversity dilemmas by emulating the United States. Al-Zaidy’s proposal seemed like Harvey Weinstein seeking advice from Bill Cosby. Interestingly enough, the U.K. is following follies from the U.S. in regards to gender equality and sexual harassment. Just as the loose cannons at Diet Madison Avenue sparked controversy and a lawsuit, a loud-mouthed creative director allegedly did the same across the pond. Al-Zaidy recommends the industry find a “safe place” to calmly confront the complexities and conflicts. Unfortunately, we’re running out of neutral continents. Perhaps someone should simply stage a tag-team wrestling match pitting Cindy Gallop and Jo Wallace against Ralph Watson and the JWT London crew.

There are few places for reasonable and rational debate beyond screaming headlines or shaming posts on social media.

As that most gammony of dead white scientists, Isaac Newton, famously said: “To every action, there is always an equal and opposite reaction.” And so we see it with reports that a number of white men from J Walter Thompson London are calling out the agency for discrimination on the basis of their colour, gender, nationality and sexual orientation.

Without wanting to go into the precise details of this incident, being not in full knowledge of the facts, it seemed inevitable that the industry would reach this milestone. The time bomb has been ticking away in a cupboard of our creation.

It goes without saying that the campaigns to increase the representation of women, ethnic and other minorities (of which I remain a proud but fairly lonely member) are a good thing. The problem is that, with the high temperature that has been set by some, which many would argue is only commensurate with the level of rebalancing that is required, a lot of men — particularly white men of a certain era — have become positioned as or made to feel like they are the enemy. They are therefore scared.

You might think that the word “scared” is excessive, given the horrific nature of some of the #TimeTo and #MeToo stories. And, of course, the context is very different. But this vulnerability has come about because there are few places for reasonable and rational debate beyond the screaming headlines or shaming tweets or social media posts by those whose virtue doesn’t just need signalling but shouting from the rooftops.

“Safe places” are often mocked, but that’s exactly what we need — somewhere for balance and nuance and shades of grey in an industry where everything has become binary.

Bias isn’t black and white — it’s time that we acknowledge everyone is somewhere on the “ism” spectrum, depending on multiple internal and external influences. Therefore, no one person can claim to be a paragon of virtue, despite this social media-fuelled arms race to appear to be so. It’s little wonder, then, that some men (particularly white ones) have begun to feel like they are under constant attack.

The industry’s navel-gazing and attempts to rectify the complex wrongs of the past have been done in the full glare of the lights of publicity. At times, it has seemed like point-scoring or a quick PR hit, rather than a concerted effort to change the industry to better reflect society and our ultimate customers — the public. It’s in all of our interests that we create an environment that isn’t a case of “them and us”. It’s a case of bringing everyone together.

As that old dead white dude also said: “Tact is the knack of making a point without making an enemy.”

Zaid Al-Zaidy is chief executive of The Beyond Collective