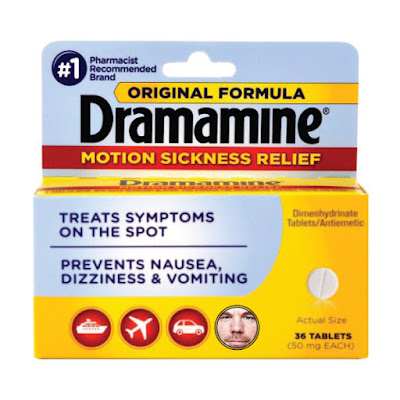 Adweek reported on the latest moves in the legal foursome between former CP+B CCO Ralph Watson, MDC Partners, CP+B and Diet Madison Avenue. MDC Partners and CP+B filed a motion to dismiss the lawsuit against them, claiming that the original employment contract Watson signed in 2014 included a provision that protects the White holding company and White advertising agency from such legal actions. According to the MDC Partners/CP+B lawyers, the contract states disputes must be handled via arbitration versus jury trial. Additionally, the White holding company and White advertising agency denied the White man’s charges of age discrimination, reverse sex discrimination and other stuff. Watson and his lawyer must respond to the motion by August 28—which gives Diet Madison Avenue another month to collect GoFundMe donations for its legal defense.

The legal entanglements involving anonymous whistle-blower group Diet Madison Avenue, MDC Partners, CP+B and that agency’s former chief creative officer Ralph Watson moved into a new phase this week as the network and agency filed a motion to have his lawsuit against them dismissed.

In short, the lawyers argue that Watson must resolve any and all disputes with CP+B and/or MDC outside of court in keeping with the original terms of his employment. They also state that CP+B has no responsibility to reveal the evidence that led to Watson’s termination, which reportedly consists of emails he sent to unnamed female employees.

Watson was fired in February soon after the Diet Madison Avenue Instagram account released a series of posts that described him as a sexual “predator.”

In May, his lawyer filed a defamation suit against DMA in Los Angeles County Superior Court and stated that Instagram would be subpoenaed to release the names of two Jane Does who allegedly helped run the account, which then shut down before reopening under a different handle. He subsequently filed a separate suit against the agency, its parent company and their CFO and general counsel, respectively, alleging wrongful termination and reverse sex discrimination.

The new motion, filed in the U.S. District Court in Colorado on July 25 by the law firms Davis & Gilbert and Davis Graham & Stubbs (representing MDC and CP+B, respectively), cites an arbitration clause in the contract Watson signed when CP+B hired him in 2014.

That contract “contained a broad arbitration provision mandating that all disputes arising between [Watson] and his employer be resolved in final and binding arbitration,” the document reads. “Accordingly, the case should be dismissed and arbitration should be compelled.”

The document goes on to cite Section 18 of the contract itself, which states that “this arbitration provision constitutes a waiver of the Executive’s right to a jury trial” in cases of disputes regarding “wrongful discharge of employment” as well as breach of contract issues and allegations of defamation or violations of federal, state or municipal statutes including Title VII of the Civil Rights Act of 1964.

Later in the document, the motion also specifically states that all of Watson’s complaints fall under the arbitration agreement.

MDC and CP+B also deny claims that Watson’s age had anything to do with his firing and that he suffered from “reverse sex discrimination” after Watson’s legal team argued that he “would not have been terminated and/or had other adverse employment actions taken against him if he were a woman.” The fact that Watson also argued he was fired in order to “quell the Diet Madison Avenue attacks against CP+B” undercuts these claims, according to the document.

The earlier suit claimed that CP+B used “emails that were sent by Mr. Watson to female employees” to justify the firing but has so far declined to provide those documents.

In the new filing, CP+B effectively argues that it should not be required to “compromise the confidentiality of its investigation process” by revealing the identities of those employees to the plaintiff and his legal team.

The defendants then “flatly dispute” the allegation that the decision to fire Watson constitutes defamation, noting that he has not identified the individuals who made the allegations against him nor has Watson released the “actual content of such statements.”

Finally, the document holds that the arbitration agreement also applies to MDC Partners even though the contract in question concerned only CP+B, because “a signatory-plaintiff cannot escape his own commitment to arbitrate merely by naming his signatory-employer’s nonsignatory parent as a defendant.”

If the court does not decide to dismiss the suit “in whole or in part,” the argument concludes, then it should issue a stay pending the outcome of the aforementioned arbitration.

“They are attempting to compel arbitration, because they want the case out of the public eye,” said Michael Ayotte, the lawyer representing Watson, when contacted by Adweek. “They, and DMA, have continued to fail to provide any actual allegations against my client, much less any evidence in support, because none exists. Our response to their motion is due on Aug. 28.”