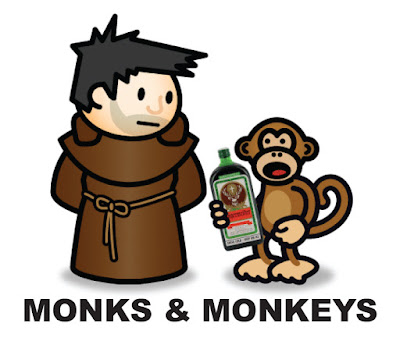 Advertising Age reported WPP and S4—Sir Martin Sorrell’s new enterprise—are in a bidding battle to acquire Dutch digital production company MediaMonks, with the bigger White holding company warning that Sorrell could lose share awards from his exit package if he executes the purchase. Is it really effective to threaten Sorrell with money losses? WPP should be totally aware of Sorrell’s wealth, as he received loads of loot while running the company. As previously stated, when a pimp leaves his whorehouse, the remaining hookers rarely succeed in financially reprimanding him. And no one should be surprised when the pimp proceeds to collect new hookers to build a different whorehouse. Hell, Sorrell has literally—allegedly— demonstrated he’s capable of paying for hookers with his own cash.

Additionally, the scenario is another example of the prioritization of imperatives in adland. That is, when a White holding company needs digital, huge digital agencies are purchased. When a White holding company needs diversity, cue the crickets chirping. Then again, this case involves WPP, an enterprise that once boasted its staffers “represent perhaps the most diverse example of diversity of any single organisation.” And if either White holding company succeeds in buying MediaMonks, they’ll undoubtedly view the global offices of the Amsterdam-based firm as a diversity win—despite the fact that MediaMonks is run by two White men. Indeed, even the term “monk” has gender-specific and exclusivity-based components. And neither Sorrell nor the leaders at WPP will ever be mistaken for monks.

WPP and Martin Sorrell in furious battle over MediaMonks

A battle between WPP and Sir Martin Sorrell’s new vehicle, S4, to acquire Dutch digital production company MediaMonks is turning ugly, with WPP threatening to withdraw share awards from Sorrell’s exit payoff if he goes ahead with the purchase.

According to Sky News, WPP has written to Sorrell via its lawyers, Slaughter & May, alleging that he is “likely to be in breach of his confidentiality obligations” and would forfeit outstanding share awards if he went ahead with the bid.

Both WPP and Sorrell’s S4 are bidding for MediaMonks, which is based in Amsterdam and has 11 offices globally, including in Shanghai, Los Angeles, London and Sao Paulo. Its most recent office opened in Mexico earlier this year. The company specializes in high tech digital production, including virtual reality, with recent projects including developing beer bottle-shaped smart speakers for Brazilian beer Skol, customized dresses created using digital fashion data for H&M and a virtual reality experience in Oslo for Audi that won an award at the recent Webbys.

A spokeswoman for MediaMonks, which is run by co-founders Wesley ter Haar and Victor Knaap, would only say: “They’re flattered to be mentioned in this context and it’s a testament to the work MediaMonks’ team is doing. Beyond that, they never comment on speculation.”

However, one Amsterdam source, who preferred not to be named, says: “It’s no surprise as MediaMonks is working in exactly the kind of technologies Sorrell’s been talking about. Plus, MediaMonks is a rapidly expanding company, a real Dutch success story.”