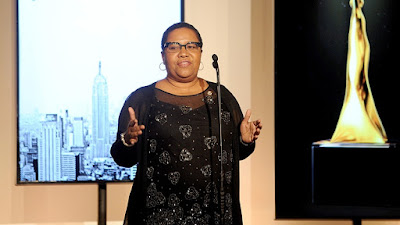 She first joined the organization in 2014

After a 35-year career in marketing, Pam El has announced she will retire at the end of the year. El currently serves as the evp and CMO of the NBA. Although she will be leaving her role, the NBA noted that El will continue to work with them, serving as an adviser on marketing and branding matters in the future.

El joined the NBA in 2014 after a brief stint at Nationwide. Prior to that she spent 11 years at State Farm where she served as marketing vice president in charge of sales and marketing in the U.S and Canada. During her time at State Farm, El worked closely with the NBA and WNBA to establish a partnership between the two leagues and the insurance company.

“We are grateful for her incredible impact spearheading marketing strategy for all four of our leagues, and we wish her well in retirement after an award-winning career,” NBA deputy commissioner and COO, Mark Tatum, said in a statement.

Some of her other achievements while with the NBA include launching the leauge’s “This Is Why We Play” campaign and the WNBA’s “Watch Me Work” campaign. El also spearheaded a new brand identity for the NBA in a move to get more global recognition for the league.

Throughout her career, El has been recognized for her work in the marketing world. She has received numerous honors from Adweek including, most recently, being honored in the annual Adweek 50 list (for the third consecutive year) for raising the league’s profile in the U.S., but also worldwide.

El noted in a statement that working for the NBA, “has been an amazing privilege,” for her.

“I am particularly proud of the terrific team of marketing experts we’ve assembled globally—truly a skilled group that is among the best in professional sports. With this great team now in place, it’s the right time for me to transition from a full-time position to focus on board opportunities, my non-profit work and spending more time with my family and friends,” she added.