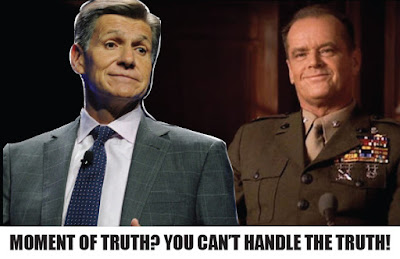 Adweek and Campaign spotlighted P&G Chief Brand Officer Marc Pritchard, who shared his “Moment of Truth” by shitting out momentous untruthfulness at the last ADCOLOR® soiree.

In a speech that inspired sycophantic several standing ovations, Pritchard admitted to concealing his ethnic identity, confessed to complacency in promoting people of color and conceded to benefiting from White privilege—all while unwittingly exposing his cultural cluelessness.

Pritchard demonstrates that pumping diverse and inclusive sentiments into campaigns does not instantly translate to championing diversity and inclusion. Ironically, the man opened his ADCOLOR® monologue by playing “The Talk,” a piece of unoriginal propaganda produced by a White advertising agency that required recruiting consultants of color to ensure relevance and authenticity. Outrageously, the White-manufactured message was part of the “My Black is Beautiful” initiative. Sorry, but this scenario is a classic example of talking the talk without walking the walk.

It’s not the first time Pritchard and P&G have struggled to simultaneously talk and walk. For example, White advertising agency Grey lectured on political science in patronizing style for Pantene Gold Series. And other advertisers have done likewise, fabricating enlightened sensitivity while selling everything from computers to crackers—ultimately co-conspiring with crackers Caucasians and depriving minorities of crumbs. Such hypocritical hype has become the new untruthfulness in advertising.

Unfortunately, Pritchard brings a P&G approach to D&I. That is, just as Tide offers an endless variety of flavors and formulas, he’s diluting diversity and inclusion by covering an endless variety of causes. First and foremost, Pritchard pledges allegiance to White women. From there, it’s a full load featuring LGBT, old people, youth, military veterans, physically and psychologically disabled individuals, etc.—with racial and ethnic minorities being routinely relegated further down the totem pole.

Yet Pritchard and his kind are suddenly heralded as pioneers of progress. And on the surface, advocating for diversity and inclusion does come naturally. However, it’s not because of the leaders’ racial and ethnic backgrounds, but rather, their inherent hucksterism.