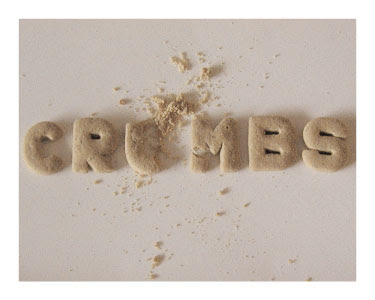 Advertising Age reported Walmart Senior VP-Brand Marketing and Advertising Tony Rogers attended the latest ANA Multicultural Marketing and Diversity Conference and declared, “One hundred percent of the growth [in sales] is going to come from multicultural customers. … Our spending against multicultural customers will grow by at least 100%.” Last year, Rogers proclaimed Walmart would blow up its multicultural marketing budget, distributing the loot into individual business units versus segregated silos. Walmart appears to be making progress in recognizing minority audiences and agencies; however, there is still no public disclosure on the actual amounts invested. It’s common knowledge that minority targets are grossly underfunded, so doubling the amount of crumbs is still a pile of crumbs—in short, it would require much more than a 100% increase to make the totals sufficient.

Also worth noting is a comment from Walmart VP Creative Marketing Greg Warren, who spoke on supplier diversity. At most shoots, Warren noted 75% of the crew may be White. “There is still very little diversity at the ground level,” said Warren. Um, has this guy taken a close look at his White advertising agency?

Plans to Double Its Ad Spending in Area

Walmart plans to double its multicultural ad spending as part of a sweeping initiative to move the company from a silo-like approach to making sure everyone takes responsibility for multicultural marketing.

“One hundred percent of the growth [in sales] is going to come from multicultural customers,” Tony Rogers, Walmart’s senior VP-brand marketing and advertising, told the audience at the ANA’s Multicultural Marketing and Diversity conference on Tuesday in Miami. “Our spending against multicultural customers will grow by at least 100%.” At last year’s ANA conference, Mr. Rogers created a stir by saying Walmart was going to “blow up the multicultural budget” and move it out of silos and into the business units to signal how serious the company is about improving its multicultural efforts. He was invited again this year, along with Greg Warren, Walmart’s VP-creative marketing, to report back on how it’s going.

Mr. Rogers outlined four key learnings: 1) Make multicultural part of everything you do, rather than projects in silos. 2) Train people. 3) Set goals and keep score. 4) Build partnerships and leverage people outside your company.

Walmart’s “aha” moment was a disconnect over the company’s layaway program, reintroduced last year in a huge initiative. But the Hispanic ad that ran on the popular Latin Grammy Awards show on Univision featured giggling girls buying Latin music CDs from Walmart.

“The ad we ran on the Latin Grammys didn’t mention layaway,” Mr. Warren said. “Our [Hispanic] agency Lopez Negrete did a great job doing what we asked them to do. We just weren’t asking them to do the right thing.”

Seat at the table

Warren said it’s also key to give multicultural agencies “a seat at the table” from the beginning. Previously, multicultural efforts would lag by several weeks or a month because the general market work was done first. This year, the Hispanic wireless-contract campaign took the lead in Walmart’s back-to-school wireless effort, and the general market followed.

Walmart ranked as the 16th biggest advertiser in Hispanic media with 2011 spending of about $60 million, according to Ad Age’s Hispanic Fact Pack.

Walmart is also looking at driving diversity in its suppliers. At a shoot, for instance, Mr. Warren said 75% of the people he sees may be Caucasian. “There is still very little diversity at the ground level,” he said. So Walmart is doing a pilot program in Chicago in the production space, taking junior-level people “under our wing.”

Mr. Rogers said Walmart’s increased focus on multicultural can also help make its suppliers smarter in that area. “We had a supplier who was convinced their audience was Caucasian women,” he said. “We were able to show them that 40% of their business came from multicultural consumers.”

How successful is Walmart’s intense focus on multicultural marketing?

Mr. Rogers said, “I don’t think we would have volunteered to come back [to speak at the ANA] if it wasn’t working well.”