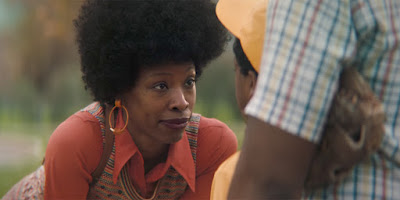 Advertising Age spotlighted “The Talk”—a campaign featuring a video depicting Black parents discussing the thorns and threats of racism with their children. The work falls under Procter & Gamble’s “My Black Is Beautiful” initiative. What makes the latest project downright outrageous? The video was created by White advertising agency BBDO New York. First of all, there’s something very familiar about the concept, but MultiCultClassics can’t immediately identify the “inspiration” for the video. Second, they should have included a parent warning their kid about encountering blatant racism—by pursuing a job at BBDO or any other White advertising agency in America. The saddest part is, BBDO CCO David Lubars will probably nab an ADCOLOR® Award for the hypocritical bullshit. This mess is a shining example of talking the talk, but not walking the walk. 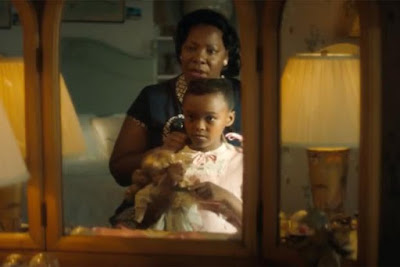 Procter & Gamble is both “Proud Sponsor of Moms” and supporter of African-American women, with its ongoing “My Black Is Beautiful” campaign. These concerns merge in the marketer’s heart-rending film about the unique challenges African-American mothers have in raising kids—in decades past, and continuing today.

Scenes that take place over different eras depict moms consoling and educating their children after they encounter racism: one daughter receives a compliment that she’s pretty—“for a black girl,” a boy gets called the n-word while another has faced discrimination on the sports field.

The mothers encourage their kids to endure and hold their heads up high, no matter what the challenges. One mom tells her daughter she’ll do fine at science camp, but she’ll have to “work twice as hard and be twice as smart,” and the mother with the “pretty” daughter drives home that she’s “beautiful, period.”

But there are other fears as well, ones that the women may have little control over. One mom insists that her son take his ID with him to music practice, because it will be late when he returns home. Then a young woman at the steering wheel tells her mother she need not worry because she’s a “good driver,” but that’s not what Mom’s real concern is.

Unlike many other socially-conscious ads, the film, entitled “The Talk,” doesn’t sugarcoat with assurances that things will only get better. It’s inspiring yet filled with an unsettling uncertainty—a thoughtful marketing approach that’s sure to promote real conversation.

P&G introduced the “My Black Is Beautiful” campaign a decade ago, with the goal of helping black women and girls feel confident about themselves, and in the process, develop a stronger bond with black consumers. The marketer intends this latest ad to open about a broader discussion about discrimination among a spectrum of communities. Further films on the accompanying website for “The Talk” show how real people have dealt with negative bias in their everyday lives.

“We know that bias is not just an African American issue,” said Damon Jones, director of global company communications of Procter & Gamble in a statement. “It’s an issue that takes on many shapes and forms, across gender, race, age, weight, sexual orientation, and more. Our goal with ‘The Talk’ is to help raise awareness about the impact of bias. We are also hopeful that we can make progress toward a less biased future by recognizing the power of people of all backgrounds and races showing up for one another.”