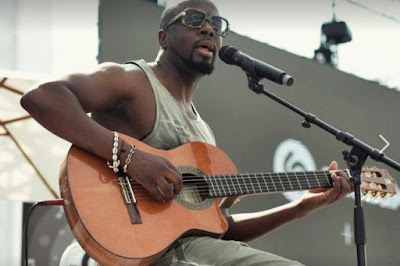 Advertising Age reported Wyclef Jean declared, “I Have a Huge Idea”—which has no relevance to “I Have a Dream” or any other historic or inspiring phrase. The recording artist insisted his brand-building concept is top secret, as he fears others might steal the brainstorm. Can’t help but think that Wyclef Jean sounds a lot like Will.i.am.

‘I Have a Huge Idea:’ Wyclef Jean Wants to Work With Brands

Wyclef Jean showed at Cannes he’s about as friendly toward marketing as a musician can get. Besides serving on the Entertainment Lions for Music jury, he appeared on a panel about the business side of music alongside FCB Global Chief Creative Officer Susan Credle and executives of his label Heads Music and Shazam, which created an augmented-reality promotion around his new album.

Cannes wants to be careful not to become “the Cannes Music Festival,” Jean said in an interview, but organizers didn’t balk at him performing a brief set at the end of his panel, including an original composition mentioning the Festival of Creativity.

The co-founder or Fugees acknowledged the pivotal role business-side influences have played in his career, including resurrecting a song originally created for the movie “Dirty Dancing: Havana Nights” as “Hips Don’t Lie” with Shakira, one of the best selling singles of the 21st century. And he hinted at aspirations around original compositions for brands.

I have a big idea. I have a huge idea. I’ve been talking about this for a couple of years. I don’t want people to take my idea, so I won’t share too much. But the idea of composition is a necessary tool as you move into the future for brands.

Have business partnerships changed what you do creatively?

Sure, they’ve affected it. Somebody has to be a bank. The record companies were the big banks.

But a brand is different. A brand is basically an innovative idea of change that you want to get out to consumers. The sellout [comes from] overreach, if it looks like the brand is overreaching and the artist is overreaching.

You seem friendly toward marketing. Does it come naturally?

The Fugees never fell into the stereotype that if you work for a brand you’re selling out. Selling out means you can’t pay your bills.

When it’s done right, it can work. Chance the Rapper with Nike won the Gold [Lion]. That was an incredible ad. When the power of the brand uses its initiative with song, nothing can beat that.

A business manager made the relationship with Shakira work, right?

That’s right. Charlie Walk [president of Republic Records], who’s responsible for The Weekend. He came into the studio with an idea: Hey Clef, you from Haiti, she from Colombia, something has to happen. I can feel it. There’s an algorithm there. I say Charlie, I’m sitting on something that’s been sitting for two years. I think this can happen.

What’s been your most successful brand work?

Thus far, I’m not just saying that because they’re here, I would have to say Shazam, not based on emotion, based on analytics. Based on the data, we combined with them, we put out an album called J’ouvert. I hadn’t put out an album in seven years. Hendrix [a song from the album] was streaming over 30 million views in a couple of months.

You’re been Shazamed in more countries than any other artist globally, correct? Any advice to brands about how to be global?

Cut through the noise. You’ve got to be daring. I ran for president of Haiti. All kinds of rumors about me. But I’m a good guy. The advice I can give: The Fugees were not about the music. I said ‘Let’s create a movement, where everyone can be part of it.’