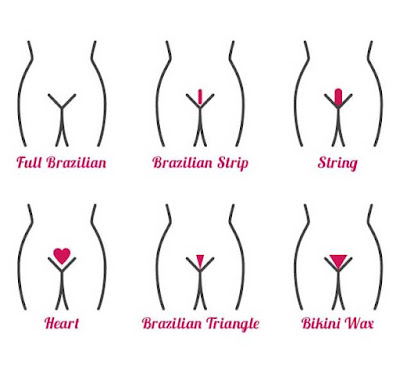 Advertising Age reported on the trend of White advertising agencies recruiting talent from Brazil—where scam ads and cultural cluelessness are local traditions. Of course, bringing in Brazilians allows White ad shops to check off minority quotas while continuing to ignore Latinos and other people of color in the United States. The Ad Age report inspired a comment from Kat Gordon, who cried, “Quick add to this piece: FEMALE creatives from Brazil (overlooked here) are also a huge recruiting opportunity for US agencies. The 3% Conference has a 30,000-person social community + we were shocked when we looked at our Facebook community. After the US, our #1 group of followers is from Brazil. Not the UK. Not Canada. It’s time we talked about LATINA talent, too.” By all means, Ms. Gordon, let’s talk about Latina talent too.

Is Brazil the New Sweden for U.S. Agency Recruiters?

When Wieden & Kennedy hired an Argentine creative in 1997 for a job in Portland, Ore., José Mollá was a rarity. And when he tried to hire a creative team from Brazil, no one wanted to come.

“It was kind of unheard of to have talent from Latin America in the U.S.,” Mollá said. “And now it’s super common.”

Today, Mollá chairs The One Club, the prominent organization for honoring creativity. And The Community, the successful Miami shop that he and brother Joaquín started, is often the first U.S. agency for Latin American creative teams that later work at shops like Droga5, R/GA and David & Goliath, he said.

One of his former creative directors, Gustavo Lauria, opened a New York shop called We Believers in 2014. Lauria won four Lions at Cannes last year and will be a U.S. judge on the Titanium and Integrated jury this year. His award-show blockbuster, which is also turning into an environmentally friendly business, is “Edible Six-Pack Rings,” a biodegradable version of the plastic six-pack rings that can harm marine life when discarded.

Latin American creative leaders are the new Swedes. For years, Swedish creatives took over high-profile creative roles at U.S. agencies, before mostly returning to Scandinavia. One of the last to depart, Andreas Dahlqvist, left his post as chief creative officer at Grey New York in April to become chief creative officer of Nord DDB in his native Sweden. Increasingly, Latin American creatives are stepping into U.S. leadership roles as chief creative officers or executive creative directors, or running their own agencies, like Anselmo Ramos at David in Miami. After surviving trial by fire in their often less-than-stable home countries, they do more with less, and adapt quickly and creatively to just about anything. And they do it all with a touch of emotion that plays well in the work they create.

In one big shift, Brazilian creatives, once reluctant to relocate from their sunny, high-paying market, are flocking to the U.S. For many, that change of heart is a combination of disillusionment over Brazil’s endless corruption scandals, a depressed local economy and a U.S. market that increasingly welcomes them with better career opportunities. “More and more Latins are being hired and judged by their talent, not their accents,” Mollá said.

Sometimes, it seems like the entire Ogilvy Brazil creative department that did brilliant work like Dove’s “Real Beauty” campaigns under Anselmo Ramos has landed in Los Angeles. Ramos, who left São Paulo in 2014 to open WPP’s rapidly successful David agency in Miami, said he always encouraged his Brazilian team to believe working abroad makes you “not only a better creative, but a better human being.”

And David, under Ramos, has stellar creative work coming out of Miami that displays a neat grasp of American culture, including Burger King campaigns like “Proud Whopper,” celebrating gay pride, and a “Scariest Burger King” outlet dressed in a McDonald’s costume for Halloween.

Two of Brazil’s highest-profile creatives, Andre Kassu and Marcos Medeiros, are now in charge of CP&B’s Miami office, after opening a CP&B shop in São Paulo three years ago that has become one of Brazil’s hottest startups. Now, they rotate between São Paulo and Miami, Kassu said, and they recently won the global account for Brazilian airplane-maker Embraer, to be run from Miami.

And it’s not just agencies. More clients are from Latin America themselves, and expect their agencies to reflect the diversity they see in their U.S. consumers. Diego Scotti, the chief marketing officer of Verizon, a client of The Community, is from Argentina. And Fernando Machado, Burger King’s head of brand marketing, worked at Unilever in São Paulo for many years and was an Ogilvy Brazil client; now he’s a client of David in Miami.

In April, Coca-Cola named the president of its Mexico business unit, Francisco Crespo, as the company’s first U.S. chief growth officer, a new role that will oversee marketing. HP’s global chief marketing officer, Antonio Lucio, who was raised in Puerto Rico, has made diversity a hallmark of his two years at the company—and requires his five agencies to make a similar commitment.

At a time when the U.S. under Donald Trump has become a less welcoming place toward immigrants, there is concern. One chief creative officer from Colombia said he is considering getting Colombian passports for his two U.S.-born children.

“Regarding Trump America, the last few months have been pretty disheartening,” said PJ Pereira, founder and chief creative officer of San Francisco agency Pereira & O’Dell. A Brazilian by birth, he became a U.S. citizen last year. “I see friends really concerned, afraid if they’ll be able to renew their visas. And everyone is a bit paranoid. Are we going to feel a violence that didn’t manifest in the Obama years? Are our kids going to suffer because of that?”

But momentum is on the side of fresh international creative influences. And agencies continue to apply for, and get, 0-1 work visas to bring creatives to the U.S. “The threat makes the commitment to diversity even stronger,” Mollá said. “I get the feeling it’s too late. There is no way back, like it or not.”

First, if someone in the ad industry in the US thinks white Brazilians living in Brazil, recruited to work in the US, are "Latina," and hiring them will fix diversity issues here, they don't need unconscious bias training, they need US History 101.

Second, how damn insulting to have Kat Gordon telling agencies to find Latinas by hiring them from Brazil. How about the industry start by finding Latinxs raised and living in America first? Or maybe we should fix the lack of black professionals by skipping Atlanta and Chicago and Kansas City and going right to South Africa, Kenya and Zimbabwe.

Finally, that entire article is a joke. It's chock full of scam ads from scam ad creators. If Ad Age bothered to do even the smallest bit of digging they'd find that most of the mentioned campaigns ran in one small market just to qualify for an award. Argentina and Brazil are Ground Zero of corruption, scamming and racism as a bonus, and hiring more of them does nothing except ensure that US advertising will continue to be as white as Sweden.

This smacks more of giving agencies a reason to go to Brazil for "recruiting" visits and tours. Somehow the irony of flying from New York, Chicago, Miami, Dallas, or LA to go to Brazil to find diverse professionals is lost on them. "Pardon me while I fly out of some of the most diverse cities in the country to go to another country to find diverse professionals." All I can do is shake my head.