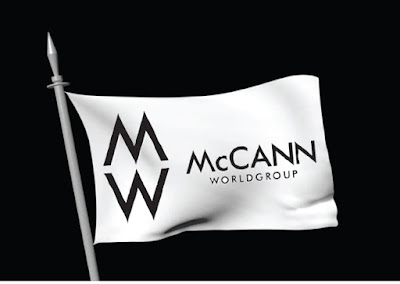 Adweek reported Omnicom was awarded a 10-year contract with the U.S. Army estimated at $4 billion. Of course, incumbent White advertising agency McCann Worldgroup will probably refuse to concede defeat, despite being eliminated multiple times from the review.

The winning team—reportedly led by DDB—included fluent360, an Omnicom-owned multicultural shop that appears to be part of the Nissan United crew too. Given that racial and ethnic minorities represent roughly 40% of the U.S. Army’s ranks, can fluent360 expect to receive up to $2 billion in business from the governmental contract? Or will the minority rations amount to a few handful of crumbs? Hey, here’s another opportunity for DDB Global President and CEO Wendy Clark to display her restless ambition for diversity. More likely, she’ll display her fluency in bullshit.

Omnicom has emerged victorious in the long, highly contested review for the Army’s marketing contract, according to the Department of Defense. WPP was the other finalist in the pitch.

The news comes less than one week after the U.S. government denied a bid protest filed by incumbent McCann Worldgroup upon its elimination from the review. The winning bidder will oversee a multi-billion dollar contract managing a variety of marketing and public relations activities over 10 years.

The DoD statement confirms that DDB’s Chicago office led the team that won “a $4,000,000,000 hybrid (cost, cost-plus-award-fee, cost-plus-fixed-fee, and firm-fixed-price) contract for services in support of the U.S. Army Marketing and Advertising Program.”

“Work locations and funding will be determined with each order, with an estimated completion date of Nov. 18, 2028,” the release reads.

After this story initially ran, an Omnicom representative confirmed that a group known as Team DDB will handle the business. Beyond the titular agency, it will include employees from media network OMD, data group Annalect, PR firm FleishmanHillard, CRM shop RAPP, experience design agency Critical Mass, multicultural agency Fluent360 and The Marketing Arm, which specializes in consumer engagement.

The win follows several controversies surrounding a personal relationship between a top executive at the Army Marketing and Research Group (AMRG) and a leader of the account at McCann, as well as an internal audit that found millions of dollars in ineffective spending.

As a result of that audit, the Trump administration moved to withhold 50 percent of the Army’s taxpayer-funded marketing budget.

A spokesperson for the U.S. Army did not immediately respond to requests for comment.

When news of McCann’s bid denial broke last week, the agency promised to take its case to federal court. An AMRG representative referred Adweek to the Department of Justice’s public affairs division “due to pending litigation.”

The business had been with IPG for 12 years and involved many agencies beyond McCann creative, including Momentum Worldwide, Weber Shandwick, UM and more.

The bulk of the entire job is getting more minorities to enlist. That's it. That's the goal, as stated.

Each of the five bidders, McCann and DDB included, had to explain in great depth how they'd reach communities of color, and list their expertise in previously reaching communities of color. They had to list all of their agencies and partners and vendors and employees with minority market expertise.

Guess who's always the first to get shuffled aside once the ink dries on the contract?

Guess which "multicultural" agencies and experts were front and center on the bid, but now get to do banner ads and Black History Month magazine ads with stock photos while all-white teams get the contract money and real jobs?

Watch how the next few years unfold, and how little POC being targeted get even the tiniest crumb from DDB.