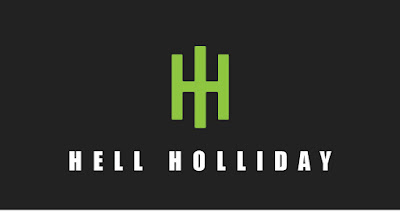 AgencySpy posted on Hill Holliday eliminating project management—and roughly 35 employees—from its organization. The White advertising agency defined the move as a strategic restructuring, which is actually just cold-hearted jargon for cutting costs to protect overpaid White executives. These sort of schemes also allow IPG to announce strong quarterly revenue reports while the overall industry goes to hell. The funny thing is, the industry-wide need for project managers has probably increased in recent years, as these workers assign resources, maintain production schedules and ensure efficiencies—they keep things on track, on time and on budget. You know, all the responsibilities that account people and creatives have been unqualified, unwilling and unable to handle. Not sure how this helps Hill Holliday CEO Karen Kaplan’s grand girlfriend goal to increase female representation in the creative department, as project management is often a creative function that’s popular with women.

Shortly after the AgencySpy posting, Adweek reported Hill Holliday announced three strategic leadership promotions. It’s always such a morale booster when people are eliminated and elevated simultaneously—and strategically to boot. Oddly enough, there was only one White woman in the trio, and she was named Head of Decision Science. Remember when Hill Holliday was a decent creative shop? Now it looks like decisions will be made via science versus emotion or gut instinct. No wonder Hill Holliday conceded Dunkin’ Donuts to BBDO. Selling coffee, donuts and Dunkin’ Munchkins probably wasn’t enough of a scientific challenge for the Boston-based strategizing gurus. Oh, and the promotions included a POC to the newly-created position of EVP, Director of Production. Not sure why Hill Holliday has never had a Director of Production in its history—or maybe the place has never had a POC in a leadership role.

“We’re investing in the right practice areas and positioning ourselves to serve a new generation of clients with very specific needs,” explained Hill Holliday President Chris Wallrapp. “They don’t just want data, they want insights that make an economic difference. They don’t just want more cost management, they want faster and better work. These changes reflect our commitment to delivering that every day.” Along with a daily delivery of bullshit.