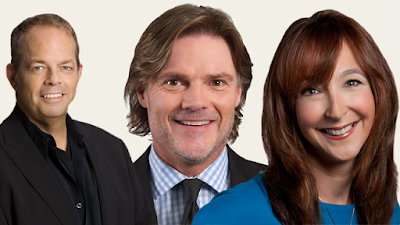 Adweek reported mcgarrybowen announced a new leadership team—although it’s really just reshuffling White people already in the system. According to Adweek, “The moves mark the first time mcgarrybowen has had a formal leadership team in the U.S. …” Guess the previous regimes were based on informal cronyism and nepotism.

Aims to prep agency for expansion

The moves mark the first time mcgarrybowen has had a formal leadership team in the U.S., putting it more in line with parent Dentsu Aegis Network. The new structure also helps prepare the agency for key new offices and acquisitions in 2016 including in Asia and Europe.

Global chairman Gordon Bowen said in a statement that the new U.S. leadership structure will help the agency better scale in the U.S. and globally. Mcgarrybowen–which has offices in New York, Chicago and San Antonio–opened a new office in San Francisco this year after winning the AOR account for Intel. Other key wins in 2015 include Olive Garden and J.C. Penney.

“Mcgarrybowen has always been built on a strong trifecta of solid account, creative, and strategic leadership,” Bowen said in the statement. “This new leadership model reflects our core belief in delivering iconic creative work that builds our clients’ businesses, and also allows me to concentrate on growing and developing our offering on a global scale. I am delighted to have this incredibly talented team spearheading our U.S. operations.”

The newest of the three new leaders is Pearce, who joined mcgarrybowen in April after leading BBDO’s global business for HP. Crowley, who joined in 2007, helped establish and grow the agency’s Chicago office and worked with clients such as Disney, Kraft Foods, and Blue Cross and Blue Shield. Zimmerman joined the agency 12 years ago and has focused on new agency wins and campaigns for brands such as Procter & Gamble, United Airlines and Intel.

“This is an exciting new leadership team structure,” Pearce said. “I look forward to working even more closely with Jen and Ned to continue to help clients find their leverageable business and brand advantage and to deliver award-winning creative that drives successful business outcomes.”