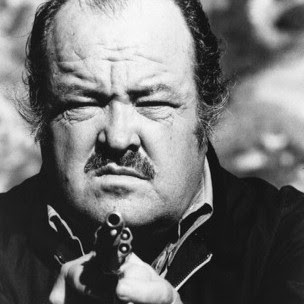 CNET reported RadioShack hired Nick Cannon to serve as Chief Creative Officer. Seems like a logical move to complement the failing retailer’s decision to partner with Sprint, a company that could be dubbed “The RadioShack of Telecoms.” Cannon joins a parade of questionable creative lead appointments including will.i.am, Alicia Keys, Sean Combs and Jay-Z. Then again, clients continue to do a much better job of hiring minorities than White advertising agencies. But does it indicate celebrity status is a requirement for non-White people to be considered for senior-level positions in the field? 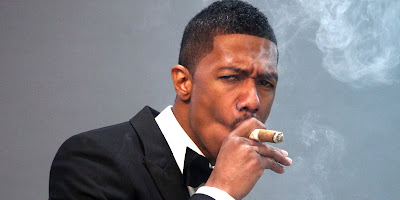 Technically Incorrect: The rapper, actor and “America’s Got Talent” host is named RadioShack’s chief creative officer. Will the company rise again to glory?

I fear that for too many people RadioShack has become as prominent as actor Josh Hartnett (remember, from “The Faculty” and “Pearl Harbor”).

The electronics chain is still there, you assume, but you haven’t seen one in a long while. Perhaps, though, RadioShack has a remedy. It announced a startling appointment as its new chief creative officer: Nick Cannon.

The rapper, actor and “America’s Got Talent” host is a lifelong RadioShack aficionado. Indeed, he credits the brand with “fostering his creative spirit and interest in electronics.” At least, that’s what RadioShack said Wednesday a press release.

Michael Tatelman, RadioShack’s chief marketing officer, told me: “Nick will play an active role in the creative process and his innovation and creativity will continue to help us curate the in-store experience. He’ll also be developing an exclusive line of products, as well as help RadioShack continue to grow our educational and S.T.E.M (science, technology, engineering and math) initiatives nationwide.”

That all sounds like a task even bigger than winning a TV talent show.

The company filed for bankruptcy in February so that an investing firm could buy 2,400 of its stores. The new RadioShack, owned now by General Wireless Inc, says it has more than 1,700 company-owned stores and nearly 500 independent dealers.

RadioShack insists that with this hire it’s signaling that “RadioShack is back.” How much time will the busy entertainer and entrepreneur (his company is called NCredible Entertainment) dedicate?

“Nick’s goal is to be in Fort Worth working with the RadioShack team as often as possible,” Tatelman told me. Ah.

The tech world is strewn with the memories of stars appointed to add their creative wits without necessarily delivering the creative hits.

Perhaps the most celebrated was Alicia Keys, hired in 2013 by BlackBerry in a role similar to Cannon’s with RadioShack. Soon after her appointment, she was caught tweeting from her Apple iPhone. As was popular in those days, she claimed she’d been hacked. She left BlackBerry less than a year later.

Cannon does have tech credentials. He appeared on CNET’s CES stage last year and said he’s been a regular visitor to Las Vegas over the years. “I was a RadioShack kid,” he explained in that interview. “I would go to RadioShack every week. It was my favorite place. It was the place I got my first DJ equipment, keyboards, that’s where I would go buy RCA cables.”

To begin its quest for hearts and minds, RadioShack recently launched a website and had a Black Friday sale. But how much life does the brand still have? Despite this latest marketing effort, will it still be cannon-fodder?

That’s 200,000 with mostly steady jobs and employment, and maybe (if we’re going to be wildly optimistic) 2,500 of them are black, and maybe 20 (TWENTY!) are creative directors nationwide.

But we won’t ever know, because there are no stats from the holding companies, and we can only judge based on the precious few ethnic agency employees of color we see with our own eyes.