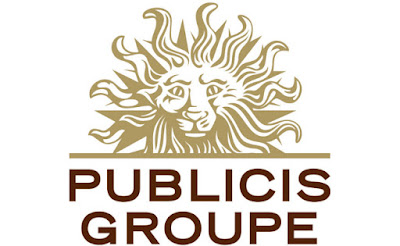 Advertising Age reported Publicis Groupe reorganized and reshuffled its White leadership, allegedly in an effort to eliminate silos—and create a compact, Caucasian coliseum. Not sure if the move will reduce White management layers. The holding company even unveiled a theme for the restructuring: power of one. Yep, one race continues to wield all the power.

Publicis Groupe Reorganizes in Effort to Move Away From ‘Silos’

The group compared their so-called “power of one” concept to a smartphone: “powered by sophisticated technology but very easy to use.”

Publicis Communications will be led by Arthur Sadoun, CEO of Publicis Worldwide. The newly formed network will house all of the holding company’s creative shops, including Publicis Worldwide, MSL, Nurun, Saatchi & Saatchi, Leo Burnett as well as BBH and Marcel. It will also include the production hub, Prodigious.

Nurun and MSL were both under the Publicis Worldwide umbrella, the latter of which came under Mr. Sadoun’s control in June, but previously the creative agencies like Leo Burnett and Saatchi & Saatchi were independent networks within the holding company.

The move is a significant promotion for Mr. Sadoun, and appears to be the biggest promotion among Publicis executives in the reorganization. He was named CEO of Publicis Worldwide in October 2013, a promotion that even then was considered a big vote of confidence from Publicis Groupe executives. Speculation has long been around that Mr. Sadoun would be an heir apparent of Publicis Groupe’s chief exec Maurice Levy, and this move will add fuel to that fire. Prior to being named CEO of Publicis Worldwide, Mr. Sadoun ran the namesake agency’s European operation.

The change comes as Publicis Worldwide has won several accounts in the last year under Mr. Sadoun’s leadership, including Cadillac, Heineken global and Sears.

Under the reorganization, Publicis Media will be led by ZenithOptimedia Global CEO Steve King. As CEO of Publicis Media, he will oversee Starcom Mediavest, ZenithOptimedia, Vivaki, Performics, MRY and Moxie, among other entities. “All clients will benefit from the economies of scale and research efforts, key elements in this field,” the company said in a statement.

For Mr. King, who was overseeing two agencies, this represents a major promotion. Laura Desmond, global CEO of Starcom Mediavest Group, will move into the newly created holding-company level role of chief revenue officer. She’ll oversee teams of chief client officers and be responsible for the group’s growth through “new business and future developments,” according to the company’s statement.

The shift comes amid a review for the Procter & Gamble North American media buying business, one of the largest reviews of the year. Starcom Mediavest currently holds the bulk of that business. A decision is slated for this month.

Alan Herrick, who rose to chief of Publicis.Sapient, the product of the holding company’s acquisition of Sapient early this year, will continue to run the group, which is now a hub and includes: Sapient Consulting, SapientNitro, DigitasLBi and Razorfish. Publicis Healthcare

Nick Colucci, CEO of Publicis Healthcare Communication Group, will run the healthcare hub, which houses services from new product launches to the transition to generic branding, including digital applications and sales force management. It’s not immediately clear how much of a change the healthcare agencies will undergo in the reorganization, as the Publicis Healthcare Communications Group previously housed most of the holding company’s healthcare operations, including Digitas Health Lifebrands, Razorfish Health and Saatchi & Saatchi Wellness.

Publicis Chairman-CEO Maurice Lévy presented the changes to the Publicis Supervisory Board on Dec. 2, 2015, chaired by Elisabeth Badinter.

Discussion of the reorganization among its executive committee members began in the spring, including a number of meetings to discuss the holding company’s future and what it’s calling a transformation. In September, the company said the effort culminated when it gathered 350 of its executives for a days-long meeting in San Francisco.