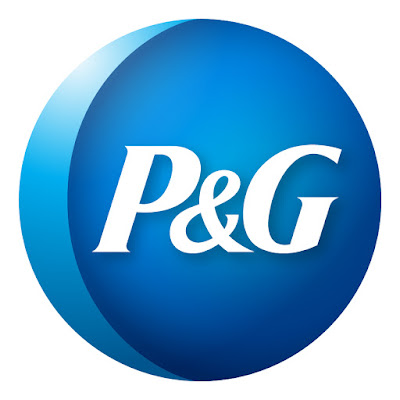 Advertising Age reported on the Omnicom multibillion-dollar media win from Procter & Gamble, where much of the business was formerly handled by Publicis Groupe. This must really piss off Publicis Groupe Chairman-CEO Maurice Levy, who’s still smarting over the failed merger between the White holding companies. Meanwhile, don’t expect Omnicom to take the opportunity to hire with diversity in mind—or share EEO-1 data on any new jobs created by the victory.

Omnicom won the majority. Carat will have about one-third of the business, and Starcom Mediavest Group, the incumbent on the U.S. buying and planning business, will likely hold onto some brands, according to people familiar with the matter.

P&G will also divide its business among agencies by category across North America. Typically it’s been divided by region.

Omnicom was the newcomer to a review that began earlier this year, covering the U.S., Canada and Puerto Rico. The holding company’s media agency network Omnicom Media Group pulled together a team that competed with incumbents, including Publicis Groupe’s Starcom Mediavest Group, Dentsu Aegis’ Carat and WPP’s Mediacom. SMG is the longtime incumbent on the massive U.S business. Carat supports buying in Canada, as well as global planning. And Mediacom supports buying in various international regions. SMG and Carat have shared duties on North American communications planning, which was last reviewed in 2004. P&G last reviewed U.S. media buying in 1997 and Canadian media buying last year, when Carat won.

All came to the review armed with holding-company resources. Tech giant Sapient played a leading role on the team that Publicis put forward, according to people familiar with the matter. Mediacom led the charge for WPP, and tapped into GroupM resources.

Omnicom Media Group chose Scott Hagedorn, CEO of its data and tech hub Annalect, as a leading exec. But the group also had another advantage. Daryl Simm, as director of worldwide media at P&G, led the company’s last U.S. media review in 1997 that consolidated the account with Starcom Media Group. He moved to Omnicom Media Group the following year. This win brings him back into the P&G fold nearly two decades later. Mr. Simm is currently global CEO of the Omnicom media agency network.

Holding company CEOs were also involved at some level, and it’s no surprise for an account of this size.

In 2014, P&G spent $2.66 billion on U.S. measured media, which is a decrease from the $3.47 billion it spent in 2013, according to Kantar Media. That number will likely be a bit smaller this year as P&G divests much of its beauty business—including the CoverGirl, Clairol and Wella brands—to Coty. Duracell and the beauty brands P&G is spinning off to Coty had measured media spending of around $350 million last year, per Kantar Media. SMG sister agency Zenith supports the Coty media account.

Still, the company will continue to invest in global media. For the just-concluded fiscal year, the company cut the number of agencies it works with by 40% globally, trimming agency and production spending by around 15%, or $300 million, with “more savings ahead of us in year two,” said Chief Financial Officer Jon Moeller during the company’s fiscal year earnings reported in July. Some of the agency and production costs will be reinvested in media and other advertising programs the company said at the time.

P&G’s move comes on the heels of Publicis announcing a massive reorganization and leadership changes. Publicis’ SMG supports much of the P&G creative and media business. As part of the reorg, Pubilcis’ media networks, including SMG and ZenithOptimedia will be rolled up into one Publicis Media hub. Steve King, CEO of ZenithOptimedia, will oversee the hub, and SMG global CEO Laura Desmond will move into a holding company role overseeing chief client officers. That leaves SMG, the longtime incumbent on the massive U.S. P&G media business, with U.S. leaders but no dedicated global CEO.

Following the announcement, Publicis CEO Maurice Levy told Ad Age that the P&G review had no impact on its decision to roll up its media agencies under one larger network, and that the company had briefed P&G CMO Marc Pritchard on its reorganization plans in March.

Renee Wilson, who for years had worked closely with P&G as client chief at Publicis’ PR network MSLGroup, also left to lead the PR Council, the trade group announced on Friday.

While P&G has held onto its agency relationships for U.S. buying, the company also has made drastic changes to its digital media buying processes over the past couple of years. A few years ago, it brought programmatic buying functions in-house under a new internal operation called Hawkeye.