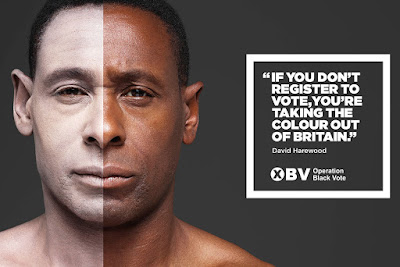 Campaign picked “Top 10 regional press ads of 2015,” and the number 1 spot went to Operation Black Vote. Could anything be more obscene than rallying Black voters via a White advertising agency? Yo, let your voices be heard in Britain—but expect being told to shut up in Adland. 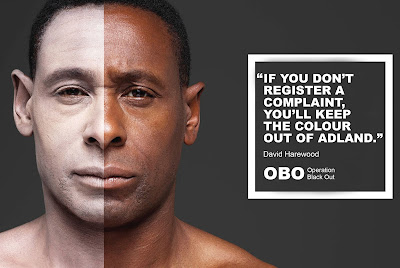 Reducing the sense of cynicism and powerlessness among Britain’s black and Asian communities by encouraging them to use their votes was never going to be easy. But Saatchi & Saatchi chose to tackle the challenge head-on by having prominent black celebrities including the Homeland actor David Harewood and the former footballer Sol Campbell “white up” and be photographed by Rankin to illustrate the consequences of not making their voices heard.