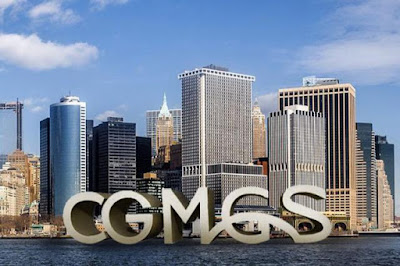 Plenty of agency employees are enjoying holiday bonuses and parties this time of year. But not those who worked for Commonground/MGS.

Those employees were unceremoniously fired and told that as of Dec. 5, they were out of a job, as the agency closed its doors due to what the company told them was financial issues.

Now a class action lawsuit is being filed against PCH Communications, which does business as Commonground/MGS. PCH is a creation of Panton Equity Partners, the private-equity firm that significantly backed the formation of Commonground/MGS last year.

“This action arises from Commonground’s decision to terminate substantially its entire workforce without a single day’s notice,” reads the beginning of the complaint. The complaint, which said that the plaintiff was acting on behalf of more than 100 employees, alleges that the employer violated a law called the WARN Act that requires employers to give employees 60 days’ notice of mass layoffs.

“This mass layoff was a violation of the rights of the Plaintiff, and others similarly situated, to receive 60 days’ advance notice of their respective termination under the Worker Adjustment and Retraining Notification Act,” reads the complaint, filed in district court in the Southern District of Florida.

The complaint said that the Dec. 5 terminations “resulted in the loss of employment for at least 33% of the employees who worked at, were assigned work from, or reported to its Miami office (excluding part-time employees).” The agency overall was believed to have nearly 200 employees throughout its five offices.

The suit aims to award to those employees “their respective wages, salary, commissions, and bonuses, the cost of health and pension benefits, pay for personal days, accrued vacation pay, severance pay, and other fringe benefits for a period of 60 days.”

Former representatives for the now-defunct agency declined to comment.

“Our hope is to get the employees what they are due under federal law, which is 60 days of pay and benefits,” said Brian Chaiken, an attorney for Mr. Espinosa. “The fact that they were given no notice, and they were let go the same day they got notice and weren’t given much of an explanation makes some, especially those who had been around since before the merger, feel they were treated badly.”

When employees were notified of the closing, PCH sent an email to all, saying, “As many of you may be aware, the agency has been dealing with financial challenges. Over the last several weeks, we have been carrying out good-faith negotiations with our senior lender to attempt to obtain relief from these challenges, and we believed we were close to an acceptable resolution with the lender. It continued, “To our surprise and dismay, however, the lender took hostile actions against CGMGS and froze our bank accounts earlier this week.”

Mr. Chaiken said that the WARN Act does have some exceptions, like unexpected events, but he did not expect PCH and Commonground to be exempted, because that often pertains to disasters like fires.

But the memo specifically mentioned the WARN Act. “While the Worker Adjustment and Retraining Act of 1988 may require advance notice of your permanent layoff, the unforeseeable circumstances of the lender’s actions and our faltering business circumstances that necessitated our good faith efforts to actively secure capital to prevent closing the agency, did not afford us an opportunity to provide such advance notice,” it said.

“Faltering business” may have been carefully chosen language. Mr. Chaiken said that another exception is the faltering company exception, though he does not believe that applies either, as that is generally for the closing of a plant or location and not an entire business.

Earlier this month, Sherman Wright and Ahmad Islam, co-founders of Commonground before the merger and partners of commonground/MGS, told Ad Age that they were working on launching a new agency with no relation to the dead entity. MillerCoors, a client of Commonground/MGS, would remain with the two execs at their new shop.

Other agencies that were part of the deal that formed Commonground/MGS include Vidal Partnership, Sway Public Relations and others, creating what its partners called a wholly minority-owned network. Coinciding with formation of the network, three of the ventures—Commonground Marketing, MGSCOMM and Vidal Partnership—merged to form the agency Commonground/MGS. The move united all the agencies involved, forming an entity with offices in New York, Chicago, Houston, Los Angeles and Miami.

I wonder if these guys will rebound like all their white colleagues who leave an agency, set up their own shop, crash and burn like hell and then are welcomed back with open arms at the upper management level.

Doubt it. These guys made it clear they wanted no part of the established advertising scene--although finances may dictate otherwise.