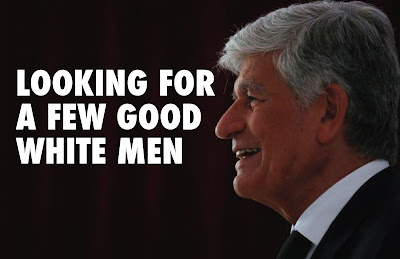 Campaign reported Publicis Groupe is seeking someone to lead a U.K. committee that will oversee British operations. From those wonderful folks who gave you more management layers comes a corporate committee. Brilliant. Look for the slot to be filled with a White man, or possibly a White woman. Campaign tossed MediaCom CEO Karen Blackett into the pool of contenders, but is the Publicis Groupe clan ready for such progress? Doubt it. Hell, Publicis Groupe CEO Maurice Lévy can’t even figure out how to integrate digital and traditional advertising.

Publicis Groupe executives are jockeying to see who will head a UK committee that will oversee all of the group’s British operations for the first time.

Insiders said details about the new role were still being worked out and it was not yet clear if the post will carry clout or be a symbolic title.

Much will depend on the calibre of the person who is appointed to head the underperforming UK operations amid speculation that the group could consider an outsider for the role.

Observers said two Britons — Robert Senior, the global chief executive of Saatchi & Saatchi, and Iain Jacob, the president of the media agency Starcom Mediavest Group in Europe, the Middle East and Africa — were likely to be leading internal contenders for the job.

Other senior Britons within Publicis Groupe include Steve King, the worldwide chief executive at the media agency ZenithOptimedia, and Luke Taylor, the global chief executive of the digital agency DigitasLBi. However, it less clear if either King or Taylor would take the role of heading the UK committee.

King has just been promoted to a wider role as the global head of Publicis Media, a new unit encompassing all its media buying operations, and is expected to focus on the US, where Publicis Groupe has just lost Procter & Gamble’s estimated $2.7 billion account.

One source claimed an outsider with heavyweight credentials might have a better chance of forcing UK agencies from different disciplines to collaborate more closely and suggested Publicis Groupe could approach Karen Blackett, the boss of WPP’s media agency MediaCom.

But she has just been promoted from UK chief executive to chairman of MediaCom and there is no suggestion that Publicis Groupe has been in contact recently.

Some observers said Phil Georgiadis, the chairman of Blue 449, part of ZenithOptimedia, could also be a plausible candidate for the UK committee, having experience of a diversified group at M&C Saatchi.

Maurice Lévy, the chief executive of Publicis Groupe, needs to turn things around in Britain, its third most important market after the US and its native France.

UK revenues fell in 2014 and again in the first three quarters of 2015 despite the booming local ad market.

Lévy told Campaign that no decision has been made about the UK committee and said mention of any individuals, including Blackett, was speculation. Publicis Groupe did not respond to further requests for comment.

Lévy said earlier this month that he wanted to shake up the world’s third-biggest advertising group by breaking down silos between media, creative, digital and healthcare by appointing a committee head for each country and chief client officers with a group-wide role.

Lévy has also appointed global heads of media, creative, digital and healthcare, who will look after all the agencies in their respective discipline.

One person claimed the chief client officer role was “a job that is destined to fail” because it will be likely to play second fiddle to the agency bosses. The new group structure launches in January.

Desmond has been given the role of chief revenue officer, in charge of the chief client officers and the US committee, after SMG, the agency she headed since 2008, lost Procter & Gamble.

Publicis Groupe has fallen behind rivals since its failed global merger with Omnicom last year.

Revenues rose 1 per cent on an organic basis in the first nine months of 2015. WPP’s rose by 4.8 per cent and Omnicom’s by 5.5 per cent over the same period.

Even the white bread at Subway isn't as white as this ad.