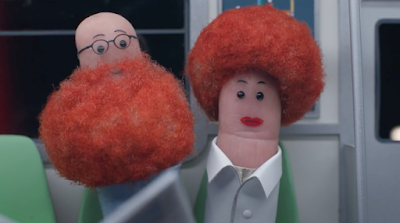 AdFreak spotlighted the Android “Fingerprints” commercial created by Droga5, including a supplemental tweet featuring the cast members. AdFreak pointed out the Black fingers among the cast. When MultiCultClassics first saw the spot on TV, the question of diversity came up, as it’s difficult to distinguish race and ethnicity via fingers. Not sure why Android and Droga5 felt compelled to present the commercial’s inclusiveness. It would be interesting to reveal the racial and ethnic makeup of the Droga5 team behind the campaign. Based on the agency’s historical exclusivity, the revelation would likely inspire giving the finger to Droga5. 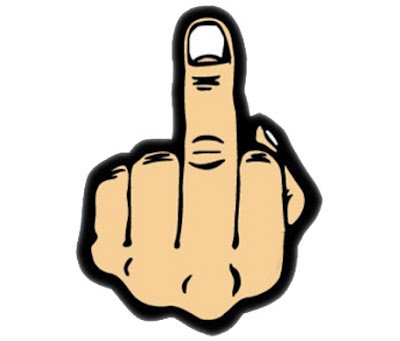 Visual synecdoche rules in Droga5’s new Android spot, in which fingers dressed up as caricatures stand in for consumers.

There’s a hitchhiker finger in a Hawaiian shirt, and a subway commuter with a bright red afro, and a masked Mexican wrestling finger—but they all fit right in using Google’s mobile operating system, says the ad.

Titled “Fingerprints”—presumably because everyone has a unique digit—the spot the latest under the brand’s “Be together. Not the same” tagline. That’s a good thing, or at least, has a better ring to it than “Android. The smartphone platform for people who have fingers.”

Overall, the concept is inevitably not as charming as Android’s supercut of different animal species playing together to the sounds of Roger Miller’s 1973 tune “Oo-De-Lally”—among Adweek’s 10 best ads of 2015. It also can’t but evoke Steve Oedekerk’s absurd Thumbs! series, despite the perhaps more obvious association with generic finger puppets.

Regardless, the cute concept survives on neat little twists like the introduction of an extraterrestrial finger, and a werewolf finger, and a finger with a Carmen Miranda fruit hat.

Those visual gimmicks, strung together this time by a version of Barry Louis Polisar’s 1993 children’s song “I Need You Like a Donut Needs a Hole,” are nice enough. Some YouTube commenters are wondering where the black fingers are—a reasonable question, especially given the ad’s emphasis on diversity.

But, perhaps on the bright side, Google clearly didn’t mean anything by what looked to some like an omission. (The marketer has, for its part, tweeted a series of photos of the cast, which includes black finger actors—see below.) Regardless, whether you’re a French painter finger or a finger with all gold everything, the marketer only really cares that you’re not an Apple finger.