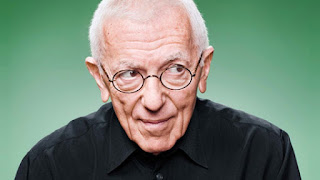 Advertising Age reported Motel 6 fired its longtime White advertising agency—The Richards Group—after Stan Richards made a racist remark. According to Ad Age, during an internal creative review for a Motel 6 assignment, staffers presented a concept celebrating Black artists that prompted Richards to declare, “It’s too Black.” He then continued in Al Campanis style to opine that the campaign would not appeal to Motel 6’s “significant White supremacist constituents.” When word of the statements reached Motel 6, they turned out the lights on The Richards Group.

The scenario poses a unique dilemma for the advertising industry. Because The Richards Group is independent, the Old White Guy need not worry about dealing with a holding company that probably would have quickly terminated him. However, in these ‘unprecedented times’ when industry figures are immediately banished for harassing White women and displaying prejudice, what should happen to Richards? Will more clients cut ties like those who dumped Campbell Ewald for racist behavior? Ironically, the Dallas-based shop is currently pitching Cracker Barrel. Perfect.

Hey, it’s not the first time The Richards Group has shown cultural cluelessness. Indeed, Stan Richards has simply gone from talking vaginas to being a loud-mouthed dick.

Motel 6, a client of Richards Group for 34 years, has fired the agency following a purported remark by Stan Richards, its 88-year-old founder, during a creative review that a proposed ad was “too Black” and would not resonate with Motel 6’s “significant white supremacist constituents.”

Motel 6 did not confirm the actual remark but said, “We are outraged by the statements made about Motel 6 and our customers by a member of The Richards Group during one of its internal meetings. The comments were not only completely inaccurate, they are also in direct opposition of our values and beliefs as an organization. Upon learning of these comments, we terminated our relationship with The Richards Group, effective immediately. We are a company who embraces diversity of all forms and have a zero tolerance policy for hateful comments of any kind, whether that be within our organization, at third party vendors or at our properties. We will continue to work every day to ensure every one of our guests and employees is treated with the utmost respect.”

Stan Richards’ utterance came during a October 8 remote internal meeting attended by about 40 people to review an idea for an ad campaign that celebrated Black artists, according to someone who was on the call. According to this person, Richards was challenged by some stunned attendees and signed off abruptly, saying he had another meeting to attend.

News of the remark tore through the agency, electrifying employees who called for action. According to one insider, agency leaders, including Richards’ successor Glenn Dady, principal and creative director, became involved, spurring Stan Richards to issue an apology later in the day to some of those on the Motel 6 call. He did so, according to two people on that second call.

But pressure continued to mount, and the following day, Stan Richards issued another apology to the entire 750-person agency via Zoom, according to three people. However, his apology was brief and inauthentic, said these people. “It was half-assed,” said one. “I was surprised because it was just so blatant and tone deaf and detached from the summer we've had,” said another. “This was definitely an egregious situation.”

“Many people felt like it was not a true owning up of his mistake, but just a strategic attempt to prevent him from losing his agency,” said a third person. Speculation, in fact, had been rife within the agency that Richards might step down, but yet another agency meeting was called this afternoon in which it was announced that Richards would remain at the shop, but “each director will decide how involved he will be with their clients,” according to someone who attended.

When asked for comment, the agency released this statement from Stan Richards: “Last week, we were reviewing creative for what was to be a multicultural campaign for one of our clients. Two of our creatives, both white, presented a direction I thought was not multiculturally inclusive enough. I misspoke and commented using words I greatly regret, including three I never should have said: ‘It’s too black.’ To be clear, though, I have never used racial slurs about any ethnic group nor tolerated it from anyone around me. Those words were said innocently, but they were hurtful to members of our staff. I have apologized for that, as I should have. Having spent much of my adult life fighting prejudice, I should have known better.”

When asked specifically about the details of this story, including the white supremacy remark, an agency spokeswoman did not respond. A spokesman for Motel 6, whose Richards-created tagline is “We’ll leave the light on for you,” said that no one on its team was on the initial call and that it elected to terminate the agency yesterday after the shop informed the company of the incident.

Motel 6 has been a signature client for so long that when you exit the ground floor elevator at the Richards Group, a recording of spokesman Tom Bodett says, “We’ll leave the light on for you.”

Dallas-based Richards is the country’s largest independent agency. In addition to Motel 6, a client for 34 years, Richards counts among its clients Dodge Ram, Duke’s mayonnaise, Hobby Lobby, Home Depot and the Salvation Army. The agency is also said to currently be in a pitch for Cracker Barrel. In earlier interviews, Stan Richards has said he intends to remain with the agency “until I croak.”