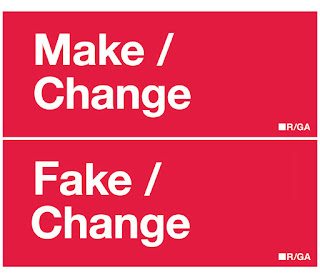 Advertising Age reported R/GA promoted a resident minority to the first-ever role of VP, Global Executive Director of Culture and Operations. Of course they did. Plus, R/GA boosted another staffer to Director of Culture and Operations, while a third staffer was assigned to cover “racial equity work” duties. Gee, the White digital agency’s declaration that they’d be “throwing out the traditional playbook for [equity, diversity and inclusion]” turned out to be a typical delegating diversity maneuver.

R/GA promoted Jai Tedeschi as its first VP, global executive director of culture and operations. She was previously executive operations and production director.

In her new role, the Interpublic Group of Cos. agency says Tedeschi will be focused on ensuring “equity, diversity, and inclusion are prioritized both conceptually and in practice.” She will work across R/GA’s operations and talent teams to “enact company change initiatives that bridge organizational silos and align to business needs, client requirements and talent priorities,” according to the agency.

Tedeschi assumes oversight of the agency’s diversity, equity and inclusion efforts from Carl Desir. The former global executive director of equity, diversity and inclusion resigned last month and R/GA said it would be retiring his role and introducing a new one that aims to “drive our initiatives more cohesively” across the entire company.

The agency said instead of “running diversity and inclusion practices” as Desir did, Tedeschi will “guide initiatives as they relate to business priorities and infrastructure.” Tedeschi began freelancing in production for R/GA in 2013 and officially joined the staff in 2014 as executive producer. She became the executive operations and production director in May 2018. Tedeschi has worked across the production departments at other agencies including adam&eveDDB and AKQA before that.

“Make/Change is our playbook to achieve racial equity at R/GA,” Global CEO Sean Lyons said in a statement. “Jai’s global experience at R/GA and her leadership abilities make her the ideal person to bring Make/Change to life. I should point out, our playbook is incomplete. This is by design and Jai will lead its evolution by working with teams across the company.”

R/GA says going forward its Black Leadership Coalition will “provide stewardship” on diversity, equity and inclusion actions that were outlined by the agency in its “Make/Change” guidelines earlier this month. Meanwhile, the agency also promoted Producer E.J. Stancil to director of culture and operations, and assigned Strategist Brandon Heard to focus specifically on racial equity work.

The internal shuffling follows a string of executive departures; the most recent of which being Global Chief Marketing Officer Jess Greenwood, who announced last month that she would be leaving for Apple. Desir announced his resignation just before Greenwood, and before that, Ad Age broke the news that six executives within R/GA’s business transformation practice would be leaving to start their own consultancy.