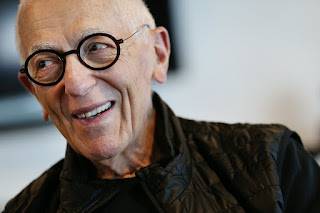 Advertising Age published a perspective from Diane Fannon, who presented a biased defense for Stan Richards. Biased in that Fannon worked as a principal executive alongside Richards at his White advertising agency for 19 years before retiring in 2019, continuing to serve as a part-time consultant.

The gist of Fannon’s puffery is summarized in the title: Judge Stan Richards On His Deeds, Not A Few Words.

Fannon fills most of the editorial by gushing over Richards’ alleged dedication to divertsity, citing how White women have flourished at the shop. Plus, Fannon noted that another former employee posted on the old man’s support for the LGBTQ+ community. Whoop-dee-damn-doo.

It’s important to consider who has “judged” Richards. First, clients formerly serviced by The Richards Group passed judgment by distancing themselves and pulling their business. Second, Richards rendered a verdict by “firing” himself, acknowledging that if he were not owning an independent enterprise, someone else would have executed the termination. Sorry, but have any other entities stepped forward as judges?

Fannon evades—or is oblivious to—the key issues in the scenario. Per Fannon’s request, perhaps there is some benefit to avoiding a total condemnation of Richards—and pondering the principles versus the personalities.

For starters, what did Richards mean with his words? Hey, labeling Motel 6 guests as White supremacists is pretty clear—so, no need to elaborate on that statement. But it would be helpful if Richards could explain why he critiqued a campaign concept as “too Black”—and why he believed Blackness would be rejected by Whites. Chances are, Richards can’t even begin to conceive a rationale. And that’s part of the problem.

For the culturally clueless—a group that includes Richards and Fannon—there is almost always a lack of common sense and common courtesy. Fannon insists Richards’ words were a slip of the tongue and not indicative of the man’s true character. Okay, but forgive the offended for perceiving a historical pattern. That is, racist remarks do not commonly expel from anti-racist people. Granted, Richards probably ain’t a card-carrying Klansman. But is anyone categorizing Richards as unconsciously biased? Nope. He likely falls somewhere between a Grand Wizard and a politically incorrect Grandpa.

So, what’s the big deal? Well, for an iconic leader in an industry long struggling with diversity—during these Black Lives Matter times—to display ignorance with racist sentiments is beyond inexcusable. It’s not about who Richards is, but rather, what he represents. The message is painfully simple: cultural cluelessness is persistent and prevalent at the upper echelons of adland.

“But before he could truly address the pain he inflicted, one person decided to inflict pain back by going public with his or her perspective on what Stan said. And in that one incredibly selfish moment, he or she inflicted pain on Stan and all 600 people who work there, their families, the network of services that rely on The Richards Group, and clients who entrusted their brands to The Richards Group for decades.”

For Fannon to attack the employee who exposed Richards’ original utterances and subsequent responses is nothing short of reprehensible—and perhaps passively racist. It’s definitely unprofessional. The consultant could use some consultation with a competent HR director, provided The Richards Group employs one.

Expect the shop to name a new Chief Diversity, Equity and Inclusion Officer soon. Of course they will.

Opinion: Judge Stan Richards On His Deeds, Not A Few Words

Do you judge a person by a few words or by a lifetime of deeds? Do you judge Stan Richards on what he said in an internal meeting, or do you judge Stan on a lifetime of what he’s done? What would you rather be judged by? Something you said, using completely offensive and poorly chosen words? Or things you’ve done that speak more clearly about who you are?

I retired from The Richards Group as a principal almost two years ago, after working side by side with Stan for 19 years. And lest you—like so many others who have weighed in or taken action without the proper background—think I’m speaking about things I read about or were passed along to me, I was also on the Zoom call in a consultative role during that internal creative review.

So I know what he said, and I know who he is. They are two completely different things.

In my two decades with Stan, I never saw him discriminate based on gender, sexual orientation, or race. The only individuals I saw him discriminate against were those who lacked talent and couldn’t make the work better. Even then, out of loyalty, he hung on to people longer than he should have. Because that’s who he is.

For sexual orientation, no one could have said it better than former employee Kristina Jonathan in a post she wrote on LinkedIn. So I won’t try. She’s articulate, objective, and circumspect.

While Stan isn’t Black, and can’t begin to walk in those shoes as he would freely admit, he has long recognized the need to address diversity and inclusiveness. The culture of “do the right thing” is fundamental to the agency he built and cultivated. Members of the digital team within the agency created a website called Justice Kitchen, highlighting Black-owned restaurants and bars—a testament to the agency’s commitment to furthering a progressive social agenda and putting words into action.

In February this year, the agency formed ally groups like She@TRG, LGBTQ+@TRG, and BLK@TRG—creating communities that share common experiences to further educate the entire agency.

And he would have been all ears after that internal meeting. But before he could truly address the pain he inflicted, one person decided to inflict pain back by going public with his or her perspective on what Stan said. And in that one incredibly selfish moment, he or she inflicted pain on Stan and all 600 people who work there, their families, the network of services that rely on The Richards Group, and clients who entrusted their brands to The Richards Group for decades.

What Stan said wasn’t right. But it isn’t who Stan is. He is a brilliant, gracious, thoughtful egalitarian to a fault. Isn’t that how you’d rather be judged?

Despite all this, what gives me hope for the future is that The Richards Group isn’t just Stan Richards. It’s all the talented and passionate people who still work there. It’s their strategic brilliance and creativity that have served their clients well over the years and continue to serve them well—working through all this with focus and tenacity, operating by the values deeply instilled in the agency by Stan. Their deeds will continue, and restore trust in The Richards Group’s name. Because that’s who they are.

Diane Fannon, a former principal of The Richards Group, retired in 2019 and remains in an occasional consultative role.