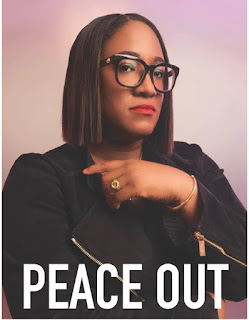 Gee, the earlier departure of restlessly ambitious Wendy Clark—coupled with Warren’s upcoming exit—leaves Omnicom Group Chairman-CEO John Wren as one lonely Pioneer of Diversity. At least he didn’t snap at Warren for deciding to “move on in the middle of a crisis.”

Omnicom Group Senior VP and Chief Diversity Officer Tiffany R. Warren is departing at the end of the month. She is set to take up the new role of executive VP and chief diversity and inclusion officer for Sony Music Group.

Sony said Warren will work across the company’s global recorded music, publishing and corporate divisions to expand its ongoing equity and inclusion efforts and policies. She will directly report to Sony Music Group Chairman Rob Stringer.

“Goodbyes are hard when you love what you are leaving, but it is time,” Warren said in a statement. “Through the innovative work of the remarkable members of the OPEN Leadership Team, Omnicom is strongly positioned to continue leading and innovating in the areas of diversity, equity and inclusion. I am confident of the progress that will be made throughout Omnicom’s networks as OPEN 2.0 continues to guide its DE&I work, including new internal initiatives, client best practices, industry collaboration and work with social justice organizations.”

An Omnicom spokesperson said a “search is actively underway” to name Warren’s successor.

Warren has served as Omnicom’s chief diversity officer since January 2009. Before that, she was VP, director of multicultural programs and community outreach for Arnold Worldwide.

As the leader of Omnicom’s Open Leadership Team, the holding company credited Warren with growing the group to include 25 “diversity champions” across Omnicom’s agencies and networks. She has also assisted with Omnicom-wide efforts to advance and retain diverse talent, according to the agency, which added that Open 2.0—recently created under Warren’s leadership—will continue to be implemented following her departure.

Omnicom Group Chairman-CEO John Wren announced the company’s “Open 2.0” action plan, “to achieve our ultimate goal: systemic equity throughout Omnicom,” in July, in tandem with the release of its staff diversity data.

“Over a decade ago, Tiffany joined Omnicom in a newly established role that was one of the first in our industry, and since that time, she has demonstrated an unwavering passion and dedication to diversity, equity and inclusion that has underpinned our own core values,” Wren said in a statement on her departure.

Warren is also the founder and president of the lauded Adcolor awards, which has long celebrated the achievements of diverse advertising professionals as well as work that promotes diversity and inclusion. She told Ad Age that her role with Adcolor remains unchanged.

Warren has called herself a “diversity Pollyanna,” and she’s certainly lived up to the title. She once told Ad Age that she created her first ad (for herself) at age 9 to convince more African-American women to become ballerinas, proving her mission has always been in diversity.

She is just the latest diversity, equity and inclusion executive to be poached, amid soaring demand for the role. Most recently, Carl Desir, the former global executive director of equity, diversity and inclusion at R/GA, also went client-side, to Netflix, to join its inclusion strategy team.