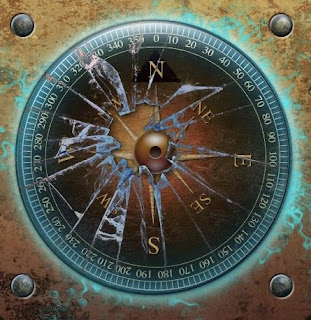 Advertising Age reported White advertising agency Droga5 boosted Tiffany Edwards to its first-ever Global Head of Diversity and Inclusion. Of course they did. Edwards had been serving as Droga5’s first-ever Director of Engagement and Inclusion since 2016. “For the last four years,” claimed Droga5 Chief Operating Officer Susie Nam, “Tiffany has endeavored to be Droga5’s moral compass and thought leader.” Droga5’s moral compass? Hey, Ted Royer made that a pretty arduous task for sure. Ad Age stated, “Droga5 said Edwards’ efforts have led the agency to be ‘the most diverse it’s ever been,’ although it did not disclose details.” Of course they didn’t. And, sorry, but making Droga5 “the most diverse it’s ever been” is not really an arduous task at all.

Edwards was director of engagement and inclusion. She took up that position, which was also a first for the agency, in March 2016 and is credited with playing a key part in developing Droga5’s long-term vision and strategy and leading its company-wide diversity, inclusion and equity initiatives.

“When I made the decision to join Droga5 in 2016, I knew that being surrounded by creative thinkers who truly care about fostering a diverse and inclusive environment would empower me to do work that mattered to me personally and that would drive the agency to real change,” Edwards said in a statement. “I still believe in the power that advertising has to shape culture, and I know that, together, we can break old systems and future-proof our industry.”

Droga5 said Edwards’ efforts have led the agency to be “the most diverse it’s ever been,” although it did not disclose details.

“For the last four years, Tiffany has endeavored to be Droga5’s moral compass and thought leader, encouraging us with sharper tools and deeper empathy in developing our work,” Nam added in a statement. “Not only is this promotion a reflection of where we are at in our journey as an agency, but it is also a recognition of Tiffany’s work in making people feel seen, heard, respected and valued.”

Edwards previously served three years as The Advertising Club of New York’s first foundation and inclusion manager, where she oversaw the organization’s diversity program, I’mPART, and developed the models for their annual Women’s Master Class and Women’s Fellowship.

She spent nearly seven years before that at The One Club, most recently as director of education and diversity, and is a board member of Women Who Create, a mentorship program for women of color, and an executive committee member of Madison’s Collective, a community-driven network for diverse creatives. While at The One Club, Edwards is credited with establishing the international One Club Creative Boot Camp and its career fair series, Where Are All the Black People? She is also a former member of Adcolor’s advisory board.