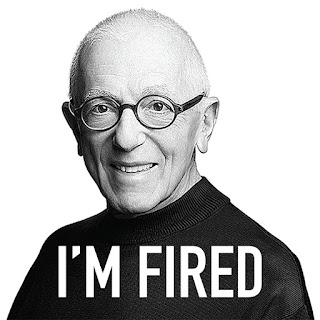 Richards recognized what this blog contended as well by stating, “If this was a publicly held company, I’d be fired for the comments I made. But we’re not public, so I am firing myself. Our employees, first and foremost, deserve that.”

The admission underscores a reality that was likely lost on Richards: Cultural Cluelessness Costs Cash. Diversity do-gooders enjoy declaring that DE&I is good for business. However, not enough time is spent on examining how anti-diversity is bad for business. Richards’ philistinism cost the company major business—which will probably lead to layoffs for employees who, first and foremost, didn’t deserve what’s about to hit them. Hell, they didn’t even get the satisfaction of firing Richards, as the old man executed the deed himself in sanctimonious style.

Then again, Richards is known for conducting himself—and his ex-firm—with discipline. So, it could be argued that his self-termination reflected a certain degree of integrity and responsibility. Too bad it was prompted by extraordinary ignorance and irresponsibility.

Stan Richards Steps Down At The Richards Group

After nearly a week of turmoil and client losses, Stan Richards, founder of The Richards Group, is relinquishing the reins of the agency.

In a just-released statement, the agency said that effective immediately, Glenn Dady, a creative director for The Richards Group, “will assume full responsibility for all agency operations, creative oversight and new business efforts for the agency.” Dady last year had been named successor to Stan Richards, who is now in his late 80s. The statement noted that “concurrent with this shift, Richards will step away from all operations.”

“If this was a publicly held company, I’d be fired for the comments I made. But we’re not public, so I am firing myself,” said Richards in the statement. “Our employees, first and foremost, deserve that.”

In the statement, Richards continued: “I made a mistake. The biggest mistake of my life. One I will never be able to adequately explain or take back. All I can say is that I was wrong.”

The furor began late last week when Richards said in an internal ad review that an ad concept for Motel 6 was “too Black” and that it risked alienating the chain’s “white supremacist constituents.” Since then, a string of clients have departed, including Motel 6, Home Depot, Keurig Dr Pepper, Orkin, H.E.B. and Advance Auto Parts.

Richards Group also said that the shop is committing to six initiatives to “ensure diversity, equity and inclusion within the agency.” They include: Adding a new post dedicated to “influence agency decisions regarding diversity equity and inclusion”; committing to “specific representation across all disciplines and leadership; "auditing current policies to make sure they are equitable”; implement place-bias training; review all work to ensure it is “culturally relevant” and “commit to tracking its progress.”