Advertising Age posted Stan Richards’ video apology to the University of Texas at Austin. Gee, has Richards recorded a similar production for current and former clients of The Richards Group? A video delivering mea culpas to the advertising industry might be in order too.

Perhaps Richards and Richards should realize that an amends is not an apology; rather, it’s a commitment to live differently. Don’t just say you’re sorry—prove it by actually changing behaviors and showing progress. For the elder Richards, reparations might involve bringing legitimate diversity and inclusion to the White advertising agency with his name on the masthead—a task where completion may be complicated by his self-dismissal. Hell, solving this mess would baffle Reed Richards. 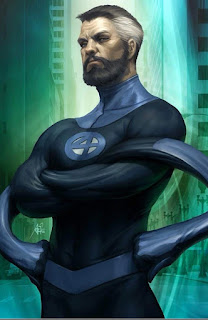 Watch Stan Richards’ Apology To The University Of Texas At Austin

Stan Richards, founder of The Richards Group in Dallas who stepped down today after losing clients as result of a racist remark, has issued a video apology to the Stan Richards School of Advertising and Public Relations at the University of Texas.

An email sent this evening from Jay Bernhardt, dean of the Moody College of Communication at the University of Texas at Austin, to the constituents of the college, reads:

“We continue to listen to the voices who have shared their disappointment and outrage at the racially intolerant and bigoted remarks recently spoken by Stan Richards, for whom our School of Advertising and Public Relations is named. We recognize and acknowledge the hurt his words have caused to many in our community and we conclude that they are not consistent with our core values.

“We have now had the opportunity to speak directly to Stan and he has expressed to us his deep regret and remorse. He has asked for an opportunity to apologize directly to our students, faculty, staff, and alumni and we have agreed to that request. Please view the video below for Stan’s remarks to our community.”

Richards’ now infamous remarks, that his agency staffers’ proposed ads for Motel 6 were “too Black” and could alienate “its white supremacist constituents,” have cost the shop many clients and resulted in his stepping down from the agency he founded. The motel chain ended its relationship with the shop and soon other clients followed, including Home Depot, Keurig Dr Pepper, Advance Auto Parts and HEB.

In the video to the university, Richards says “In that moment, I wiped out years of trust. I’m sorry and I ask for forgiveness.” He also says he wants to use this as “a teaching moment” to bring about lasting change.