15180: Reopening The Case Against Cultural Cluelessness. 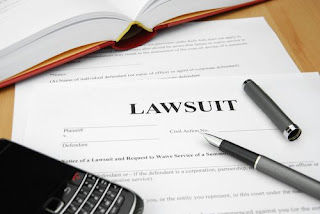 Adweek published a perspective by University of Tampa Associate Professor of Communication Christopher Boulton, who opined that successfully squashing the exclusivity and systemic racism in adland will require a major lawsuit. Boulton even suggested Cyrus Mehri as the lawyer to lead the charge(s).

Prompted by The Richards Group incident, Boulton thoughtfully examined diversity initiatives of the past decade, essentially expressing in roughly 750 words what Nathan Young covered in a 28-word tweet; that is, heat shields like ADCOLOR® have not inspired meaningful and measurable progress.

Yet Boulton declined to speculate on the potential legal position of a lawsuit. After all, Cyrus Mehri apparently abandoned his court action due to a weak—or at least difficult to prove—case. Could it be argued that White holding companies and White advertising agencies that now openly trumpet fresh heat shields to combat systemic racism are admitting guilt? Could staffers at The Richards Group, many of whom will likely lose their jobs as a result of client defections, sue Stan Richards for some form of negligence?

Hey, industry insiders should use their vaunted creativity to hatch ideas for viable legal filings. To spark interest, Cannes could introduce a special trophy—the Lawsuit Lion—honoring the top concepts.

It’s time to sue for radical change in the industry

When Motel 6 fired The Richards Group and other clients cut ties over Stan Richard’s “too Black” comments, the 88-year-old founder quickly “fired himself” and his agency announced a new DEI plan. Cased closed?

Where will these clients go? And what will they demand?

Back to the future

I began researching advertising’s diversity problem in 2009. It was an auspicious year. In January, Cyrus Mehri, in partnership with the NAACP, formed the Madison Avenue Project and released a 73-page report documenting the industry’s systemic under-hiring, under-utilization, and under-payment of African Americans. In March of that year, NAACP interim general counsel Angela Ciccolo sent a letter imploring the 25 top spending brands to use their combined client value of $52 billion to pressure their agencies to diversify. They did not.

So, in August, Sanford Moore wrote that only economic divestiture would have enough leverage to dismantle advertising’s cancer of anti-Black racism diagnosed by the New York City Commission on Human Rights (NYCCHR) as far back as 1967 and as recently as 2006.

Intrigued by the persistence of advertising’s race problem, I conducted focus groups, interviews and fieldwork inside three large NYC agencies during the summer of 2010, spending the next six years analyzing the data and publishing articles in peer-reviewed journals—in the hopes that an outside perspective would help them make the case for why increasing diversity in advertising was both urgent and necessary. Four years went by.

In the wake of this summer’s parade of performative allyship in advertising, the industry continues to look to legacy institutions like the 4A’s, MAIP, ADCOLOR and WAATBP—or even new radical upstarts like Allyship and Action for guidance. These groups are no doubt made up of earnest, well-meaning people who want to help advertising do the right thing. And their hard work is rewarded by grateful testimonials from Black talent who’ve blossomed under their support, mentorship, and career development.

But the plurality of anecdote is not data and these organizations and their supporters are in denial if they think that laudable and positive qualitative efforts will ever be able to meet the overwhelming quantitative scale of the disease.

For 50 years, advertising has demonstrated the chronic failure of internal inspiration, cajoling or even tough sounding self-regulation. And don’t hold your breath for clients to use their leverage. They’ve known all along. At this point, it would take boycotts to make Motel 6, Home Depot and Dr. Pepper walk their talk.

Unless, of course, their agencies became as radioactive as The Richards Group is right now.

In 2019, Pulitzer Prize-winning journalist and New York University professor Pamela Newkirk published “Diversity, Inc.: The Failed Promise Of A Billion-Dollar Business,” a landmark survey chronicling how workplace diversity initiatives have turned into a sprawling and profoundly misguided apparatus that perpetuates and enriches itself while doing precious little to bring equality to America’s major industries and institutions. Newkirk found that most Chief Diversity Officers, despite their title and healthy salaries, consistently miss their goals because they are isolated from power and largely relegated to serving a public relations role for the company. Indeed, she cites how only 35% of Fortune 500 CDO’s even had access to their institution’s own diversity data and generally feel unsupported.

When asked in interviews to cite an example of a corporation that actually got it right, Dr. Newkirk points to Coca-Cola. In the early 2000’s, the company embarked on one of the most successful diversity transformations ever seen in corporate America. Coke granted broad monitoring powers to a seven-member external task force who made sure the company kept track of salary, promotion, and bonus metrics along race and gender lines and then took active steps to detect and disrupt patterns of bias in real time.

What inspired the Coca-Cola company to go down this path, you might ask? A class action race discrimination lawsuit brought by Black employees. And who negotiated the record-breaking $192.5 million settlement? You already know his name and may be hearing from him again soon.

Cindy Gallop thinks The Richards Group getting fired “sends a message to all agency executives” that the time for radical change is now. I agree and believe that it will take a lawsuit to make it happen. Agencies? Brands? I invite you to prove me wrong.