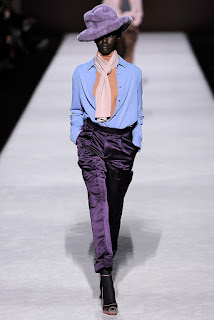 According to Ad Age, these roles can command annual salaries as high as $350,000. Yet former R/GA Global Executive Director of Equity, Diversity and Inclusion Carl Desir intimated that the position doesn’t receive the respect typically shown to executives with “Chief” in their titles. Imagine that. Additionally, CDEIHSTCOs must often assemble teams of volunteers to delegate diversity execute initiatives. Desir, incidentally, landed at Netflix. Ironically, he joins the folks who sought to bring change to adland, but ultimately jumped to different industries, effectively reducing the number of minorities in the field. Such a paradox.

Not examined in the Ad Age report: CDEIHSTCO ROI. That is, Chief Diversity Officers have been around for over a decade—yet all the major White holding companies have confessed in recent months that minority representation is pathetically low. The question remains: Where are all the Black people? Plus, since many of the new CDEIHSTCOs are resident POCs getting promoted, there probably is zero impact on the global underrepresentation.

In short, what the hell are CDEIHSTCOs actually accomplishing—or even doing—for the advertising industry? Just asking.

The ad industry might be cutting back on hiring, but there’s one specialty role that’s still in sky-high demand: Diversity, equity and inclusion.

The latest executive to be snapped up is Carl Desir, the former global executive director of equity, diversity and inclusion at R/GA, who is joining Netflix to become its director, inclusion strategy beginning next month. But Desir is just one of a string of execs taking up new roles in this increasingly hot diversity, equity and inclusion space. Both job-jumping and new hires are rising as marketing companies, and agencies in particular, rush to diversify their ranks in the wake of the current Black Lives Matter movement.

And with demand comes a price. Jay Haines, founder of executive search firm Grace Blue, says agencies are willing to pay a pretty penny to recruit top talent for the job. Haines says the typical salary range for a diversity, equity and inclusion executive is between $250,000 and $350,000.

“There has been a dramatic uptick in interest, curiosity and recognized need for DE&I roles in the past six months,” Haines says. “The diversity conversation is becoming more narrow and agencies have to have the right DE&I policies in place as a result. Agencies are asking us to find those roles for them, to have representation at the C-suite. It would be remiss for a business to not have that person.”

Still, is that enough? It’s one thing to hire a chief diversity, equity and inclusion officer, or someone with a similar title, and another to diversify from the top down and across all departments. Desir says it’s important for agencies to realize that it’s not reasonable to let this critical work rest on just one person’s shoulders. That was key to him joining Netflix, where he will be part of a 12-person team led by VP, Inclusion Strategy Vernā Myers that works together to champion authentic representation across the company’s entire workforce and operations.

What the role entails

Haines says, from the DE&I executive searches Grace Blue has run, there are typically three critical responsibilities tied to these roles.

“The first is to place the policies around diversity that will guide and govern future behaviors and actions across every part of the business,” Haines says. The second responsibility, he says, is to implement and run “ongoing education” and training for staff while the third involves recruitment and retention. “This means looking at programs internally to ensure that diverse talent has every opportunity to grow within the organization, and with regard to recruitment, looking at the processes around how they hire and how new sources of talent are identified to ensure that diversity objectives are being consistently met,” Haines says.

Haines says in recent placements, agencies have sought DE&I leadership to “also be a big part of the strategic and creative process to ensure that the work being made is inclusive and representative.” He adds that “it’s great” to see the investment in these roles from companies and that the executives appointed to them “have a moment to really impact the agency and industry at scale.”

But is this really a one-person job?

There’s another reason why DE&I jobs are in demand: burnout. Too often, companies expect their DE&I chiefs to effect policies across all departments while simultaneously working as a hiring manager and HR expert, in many cases with no support from a dedicated team. That might be why, as the Wall Street Journal reported, there is high demand for these roles, but also a high turnover rate.

Desir declines to comment specifically on his time leading diversity, equity and inclusion for R/GA but, speaking generally about his decade of experience, he says “these roles are some of the toughest and thankless roles at companies,” and they rarely receive the investment they deserve.

He says it’s the only chief executive role that typically works solo without a dedicated team supporting it and instead leans on a group of “volunteers” from other departments to assist. “I always go to the [chief financial officer] argument,” Desir says. “The CFO doesn’t create budgets for each department and office. The leaders of those offices do. [Agencies’ argument for DE&I strategy] is always ‘Oh, we can just use volunteers; the people who raise their hands to help with this stuff.’ You would never say that to a CFO—‘Just go get this person over here who showed interest in finance to help with what you need.’”

Desir says the duties of a chief DE&I officer are rarely clear, either, and the role typically doesn’t report directly to the CEO, which would be unheard of for any other chief executive position.

R/GA, meanwhile, acted swiftly to replace Desir, announcing the promotion of Jai Tedeschias its first VP, global executive director of culture and operations. She has been tasked with working across R/GA’s operations and talent teams to “enact company change initiatives that bridge organizational silos and align to business needs, client requirements and talent priorities,” according to the agency.

Desir says to truly effect change within an agency, leadership needs to “take a step back to really understand what you want this role for” and, he warns, “if you don’t have a plan to build this team up, don’t even think about hiring this person.”

That is, if you can find one to hire.