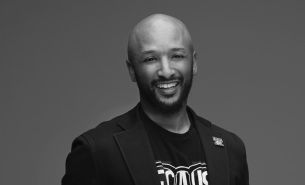 Advertising Age reported R/GA Global Executive Director of Equity, Diversity and Inclusion Carl Desir left the position for an undisclosed new role—that will likely have a much shorter title. Desir had served R/GA for roughly two years, originally coming on board as the White digital agency’s first director of diversity and inclusion. An R/GA spokesperson announced Desir’s replacement will be charged with bringing new vision to the position. “We will be throwing out the traditional playbook for [equity, diversity and inclusion],” claimed the spokesperson, “because to truly transform an organization, the pursuit of equality must stem from everyone and permeate each process and system that may hold bias.” Wow, that’s some serious bullshit. Is the implication that Desir didn’t do enough during his brief stint to ignite progress at R/GA? Plus, did they bring in a stripper of color to celebrate his departure? Desir has quite a diversity-related resume—including connections with the 4As and the ADCOLOR® advisory board—so he’ll probably soon surface as the Chief Diversity Officer for another White advertising agency or culturally clueless company. And R/GA will undoubtedly announce its next human heat shield shortly. Of course they will.

Desir declined comment but a spokesperson for the Interpublic Group of Cos. shop confirmed his planned exit, saying his last is Friday and that he would be leaving R/GA for an unspecified new role. The spokesperson said the agency will announce his replacement next week but that the person who takes over will be assuming a refreshed equity, diversity and inclusion position that aims to “drive our initiatives more cohesively” across the entire company.

“We express our sincere thanks to Carl and his commitment and efforts, and we will remain committed to creating a more equitable, inclusive and diverse R/GA,” the spokesperson said in a statement to Ad Age. “We will be throwing out the traditional playbook for [equity, diversity and inclusion], because to truly transform an organization, the pursuit of equality must stem from everyone and permeate each process and system that may hold bias.”

The spokesperson said the new equity, diversity and inclusion role will be focused on “enabling systemic change—bridging business and talent to create a culture of inclusion, equity and productivity.”

Before R/GA, Desir spent six years at the 4A’s, most recently as VP of talent initiatives. He also served as an advisory board chair for Adcolor from 2012 to 2015 and held account management and strategy roles at agencies including Translation, J. Walter Thompson (now Wunderman Thompson) and Arnold Worldwide.