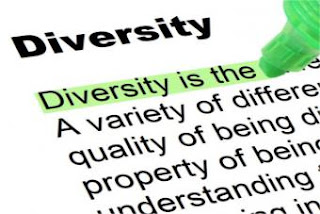 Dentsu Aegis Network has tapped Christena Pyle as its first chief equity officer, Americas. Pyle, executive director of the Time’s Up Foundation, the organization created in the wake of the #MeToo movement, is set to join Dentsu Aegis Network’s executive leadership team on Aug. 31, reporting to Americas CEO Jacki Kelley.

Pyle declined an interview but said in a statement that she is “a true believer in the power of” diversity, equity and inclusion.

“Having a diverse mix of talent who can take on the challenges and opportunities a business faces, now and in the future, is a critical factor in any company’s success and resilience,” Pyle said. “In spending time with the Dentsu team, it’s clear that this is a group of people who place the value of caring—for their people, their communities, their customers and each other—at the forefront of the decisions they make.”

Pyle took over as Time’s Up’s first executive director of advertising in June 2019 with the mandate “to create safe, equitable and harassment-free workplaces for all” across the ad industry. Dentsu Aegis Network says her impact went beyond advertising and marketing, citing the guidelines Pyle created in May for all businesses to follow to protect the diversity of their workforces as they downsize during the pandemic.

No successor has been named at this point.

“We’re thrilled Christena will continue her commitment to transform the advertising industry from within in this new role and look forward to working alongside her for many years to come,” said Tina Tchen, president and CEO of Time’s Up Foundation in a statement.

“Christena will help us create an inclusive, nurturing place for diversity to thrive, as we shape and lead transformational DE&I efforts and align them to our strategy,” said Kelley.

Before Time’s Up, Pyle served as Omnicom Group’s director of diversity and inclusion for five years. While there, she was responsible for accelerating DE&I outcomes across the holding company. She also worked as a director of Adcolor while at Omnicom. Before that, she held stints at agencies including Wieden + Kennedy, Ogilvy and Arnold Worldwide.

Her appointment follows the appointment of Wendy Clark as global CEO of Dentsu Aegis Network. Clark is the former CEO of Omnicom Group’s DDB Worldwide and also has a history with Time’s Up. In October 2018, Clark stepped down from the leadership committee for Time’s Up Advertising after reportedly hiring creative Ted Royer as a freelancer. Royer had previously left his post as Droga5’s chief creative officer amid an internal investigation, whose details have yet to be made public.