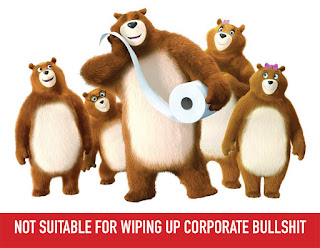 Advertising Age reported Procter & Gamble released its diversity figures—which mostly made a statement about its divertsity. That is, women account for 48 percent of managers. Whoop dee damn doo. As for Blacks—bundled under employees of African descent—the managers figure is at 8 percent, jumping a whopping single percentage point since 2015. In 2017, P&G unveiled The Talk, followed in 2019 by The Look. Not yet in the series of propagandistic heat shields—Walk The Walk. The only walking involves Marc Pritchard striding to the podium to accept an ADCOLOR® trophy or shiny bauble to divert attention from the company’s abject hypocrisy.

P&G Shares Diversity Data After Its Own Marketing Raises Expectations

Procter & Gamble Co., whose high-profile marketing on race and gender equity in recent years has raised expectations for its own performance, is publicly releasing global and U.S. employment diversity data—including some on ethnicity for the first time. The move comes after the company’s marketing helped spur a shareholder resolution calling for more data disclosure.

In a “2020 Representation Data” post that P&G is sharing with employees today, the company says 48 percent of managers and 41 percent of senior managers in its Global Leadership Council (GLC) are women. The disclosure also covers the ethnic makeup data that P&G hasn’t shared publicly in the past. “Multicultural” employees make up 25 percent of overall P&G employment, 28 percent of management and 36 percent of representatives on the GLC.

The report, which includes comparisons to the company’s 2015 data, shows diversity improvements on most fronts, but less so for employees of African descent, who make up 10 percent of total employment, 8 percent of management and 6 percent of GLC members. Those numbers are largely unchanged from 2015, except a one percentage-point increase in management representation.

Overall, P&G reported significant progress in multicultural representation at all levels, particularly at the senior-most GLC, up to 36 percent from 23 percent in five years. Those diversity gains came mainly from people of Asian Pacific descent, with lesser gains in Hispanic/Latinx representation.

As P&G Chief Brand Officer Marc Pritchard has said previously, the company notes in the new report that it’s not where it wants to be in multicultural representation, where its target is to move to 40 percent of overall employment vs. the current 25 percent. P&G is far closer to its goal of 50/50 representation of men and women at all levels, though its largely manufacturing and administrative employment base of positions that often don’t require college degrees is about two-thirds male.

Generally, P&G’s diversity numbers come in well ahead of agency holding companies that have reported data in recent months. They’re also similar to key competitors such as L’Oréal, Johnson & Johnson, Unilever and Estée Lauder, which posted diversity numbers this summer on Instagram in response to a call by the group Pull Up for Change. But Unilever’s diversity representation on its U.S. leadership team appears well ahead of P&G’s.

P&G did tell Pull Up for Change in July that 13 percent of its U.S. beauty business leadership is Black but has not previously released data on the ethnic makeup of its management across the whole U.S. business.

While the new release goes further than P&G has publicly gone up to now, it’s not likely to satisfy the Berkeley, Calif.-based group As You Sow, which has filed a shareholder resolution for the company’s October annual meeting calling for annual disclosure of Equal Opportunity Commission data and more detailed promotion, recruitment and retention-rate data by gender and ethnicity.

“Procter & Gamble has put a huge amount of resources around trying to recruit more diverse clients and marketing around racial justice themes,” says Meredith Benton, workplace equity program manager of As You Sow. “What we don’t have is data from Procter & Gamble.”

That was before P&G indicated it would publicly release more data, which Benton said she welcomes, but she still wants more-detailed data sets released, including annual Equal Employment Opportunity Commission data.

“There are standardized data sets that a pretty significant portion of the S&P 100 releases,” Benton says. “Procter & Gamble has declined to release that data. And then there are additional indicators that we find to be highly useful in understanding the effectiveness of a diversity, equity and inclusion program. And that’s around promotion rates, recruitment rates and retention rates of diverse employees. A smaller subset of the S&P 100 currently provides that.”

Benton says P&G’s high-profile marketing on gender and racial justice issues, including such videos as “The Talk” and “The Look” and the #WeSeeEqual series, has created expectations that it will lead other companies in data disclosure too. The issue is of importance to shareholders, she says, because of numerous third-party studies and statements by P&G that diverse teams outperform others.

In its response to the shareholder proposal, on which it recommends a “no” vote, P&G says that it already provides substantial reporting to the public and at least eight third-party evaluators or scorecards on its employment diversity data. Adding another reporting system wouldn’t provide much value but would add to administrative costs, the company argues.

“We believe our efforts, externally and internally, provide ample evidence that the company means what it says on diversity and inclusion and is making substantive progress linked to the strength of our business,” the company says.

“For us, it’s being able to tell the entire story,” says P&G Chief Communications Officer Damon Jones. “If we want people to judge whether we’re walking the talk, we want them to look at the data, the programs, multiple aspects, as opposed to having a singular dimension by which they measure our success.”