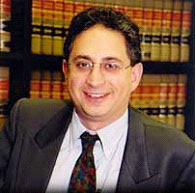 By Marissa Miley and Ken Wheaton

NEW YORK -- The ad industry doesn’t simply have a diversity problem. According to Cyrus Mehri’s Madison Avenue Project, it is guilty of “pervasive racial discrimination” that not only underhires and segregates African-Americans but pays them 80 cents for every dollar it pays comparable white employees. With current efforts to bridge the gap doing little more than “blaming the victims,” Mr. Mehri and the NAACP are laying the groundwork for a possible class-action suit against the industry.

“The NAACP and my firm are joining forces to take on the advertising industry to end the long era of purposeful discrimination,” Mr. Mehri said in New York today, where he, NAACP Interim General Counsel Angela Ciccolo, activist Sanford Moore and economists Marc Bendick and Mary Lou Egan held a press conference. The industry, Mr. Mehri continued, “has robbed the African-American community of equal opportunity, good positions and, most important, their dignity.”

Mr. Mehri’s civil-rights firm, Mehri & Skalet, specializes in class-action cases, including successful discrimination cases against Coca-Cola Co., Ford Motor Co. and Texaco. He said the Madison Avenue Project, though, is best compared to his Women on Wall Street project, which focuses on gender discrimination in financial institutions. He said he would release a clearer timeline for the Madison Avenue Project by the end of the month.

While that may seem like hyperbole to some, the study, authored by Mr. Bendick and Ms. Egan, offers some startling findings:

• Black college graduates in advertising earn 80 cents for every dollar earned by their white counterparts.

• The total U.S. population is 12.8% African-American. Blacks should represent 9.6% of advertising professionals and managers, according to U.S. Census Bureau and U.S. Equal Employment Opportunity Commission estimates. But actual representation falls dramatically short of that expectation—about 55% short.

• Blacks are only 10% as likely as their white counterparts to hold a position that pays $100,000 or more per year.

• Compared with the overall U.S. labor market, the advertising industry fares significantly worse on eight measures of employment for black managers and professionals—by an average of 36.7%.

According to the NAACP’s Ms. Ciccolo, black workers “have a better chance of being struck by lightning” than being employed at some agencies.

“We’re getting beyond opinions or perceptions and down to hard-core facts,” Mr. Bendick said.

American Association of Advertising Agencies President-CEO Nancy Hill, who attended the press conference, said, “The numbers speak for themselves,” but she didn’t want to comment farther until she read the entire study.

Efforts have been made
Since the Civil Rights Act of 1964, efforts have been made to combat and eradicate such racial inequities, specifically by the Urban League of Greater New York, the NAACP and the New York City Commission on Human Rights. Most recently, the NYCHR opened an investigation in 2004 into the practices of 16 leading agencies that resulted in all signing agreements vowing to fight racial discrimination over a period of three years. But that has resulted in what Mr. Moore calls a “minimalist” response from the industry.

He has particular disdain for chief diversity officers. “Diversity executives and diversity consultants are diversity pimps. The only thing that’s diversified are their bank accounts,” Mr. Moore said. “They’re put there as window dressing. And window dressing gets taken down after the holidays.”

Mr. Bendick and Ms. Egan, on the other hand, said such positions can be very useful—if the executives report to CEOs and the CEOs have the will to diversify their agencies. But they both added that if there is no commitment at the highest levels of the agency, the role is indeed window dressing.

Jason Chambers, author of Madison Avenue and the Color Line, called the Madison Avenue Project a “fine idea,” and said it is the first initiative of its legal magnitude. However, he pointed out that the beleaguered state of the economy limits the potential positive outcome of such a project.

‘Couldn’t come at a worse time’
“Honestly, it couldn’t come at a worse time,” he said via e-mail. “How much can be done to encourage new [minority] hiring when many firms are laying off experienced people of all racial and ethnic persuasions?” Mr. Chambers said in order to bring about change in the industry, holding companies and agencies need to have a “consistent commitment to funding and encouraging minority participation” over the long-term. At a minimum, he said, this should be done for a decade, “not one to two years with an occasional report to a body whose leadership and focus changes.”

At today’s press conference, Ms. Ciccolo specifically addressed economic concerns. “Recession is no excuse for discrimination,” she said, adding, “There is no bailout for [its] casualties.” She said the Madison Avenue Project is the first major civil-rights initiative of 2009.

While Mr. Mehri doesn’t have a precise timeline, he said he and the NAACP are interviewing industry employees and doing more homework. Referencing Nat King Cole’s comment that Madison Avenue is afraid of the dark, Mr. Mehri said, “They’re going to be afraid of the sunshine we’re going to bring to the industry.”
Posted by HighJive at 1:05 PM

And once again, the clueless come out of the woodwork in the responses there.

Diversity In Media (DIM™) was at the Press Conference and we have our own opinion of Cyrus Mehri and the Madison Avenue Project. Stay tuned for Chapter 7 of the "Erasing The Color Line" documentary series.

In the meantime, click to watch Chapters 1 to 5 online at Current TV:

We thank you in advance for your support.