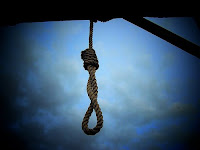 The lawyers for Gov. Rod Blagojevich have resigned, indignantly protesting that they cannot participate in a “Potemkin-like lynching proceeding.” This follows Rep. Bobby Rush (D-Ill.) urging the U.S. Senate not to “hang or lynch” Roland Burris as they considered the legitimacy of his appointment.

Lynching, a national disgrace generally associated with the American South during the century between Reconstruction and the civil rights movement, continues to resonate as a powerful symbol in American political culture. The term summons up a sense of unfairness in the administration of justice, a determination of guilt based on something other than evidence.

It also summons up an association with racial oppression. So how can Blagojevich use it?

In this case, the historical record stands on the side of the governor. Plenty of white Americans have died at the hands of lynch mobs, including suspected loyalists during the American Revolution and abolitionists a few generations later. Wesley Everett, a radical labor organizer, was the victim of a lynch mob in Centralia, Wash., in 1919. Even in the South, where lynching was primarily an act of violence by whites against a black citizen, one can point to Leo Frank, a Jewish businessman from Atlanta who was lynched in 1915. But if lynching analogies do not require a racial component, they do require more precision. Burris and Blagojevich have not had an experience that bears any relationship to lynching. It is time for Americans to stop trivializing this horrible crime by tossing the word willy-nilly whenever someone is treated unfairly.

Lynching was a particularly grotesque form of violence, generally culminating in homicide. More than 2,000 black Southerners were killed by lynch mobs from 1884 to 1900. Most were men and had violated the rules governing the place of African-Americans in the South during the era of white supremacy. As one Louisiana newspaper put it a bit more plainly: “The younger generation of Negro bucks and wenches have lost that wholesome respect for the white man, without which two races, the one inferior, cannot live in peace and harmony together.”

White Southerners defended lynching as necessary to protect virtuous white womanhood from oversexed and uncontrolled black men. But fewer than 20 percent of lynchings in the South involved an accusation of rape. As journalist Ida B. Wells said, men could be lynched for anything “from violating labor contracts to shooting rabbits.”

Lynchings were public spectacles. Photographs show large crowds with men hoisting young children to give them a better view. Some were announced beforehand in the newspaper. And lynchings were brutal. Men’s testicles were cut off. Fingers were chopped off and sold as keepsakes. Victims were hanged, and then often burned.

So, Rush, rest assured that Burris was in no danger of being lynched. And Blagojevich will not go to jail—never mind be burned at the stake—without a trial and an inevitable appeal.

James Grossman is vice president for research and education at the Newberry Library and senior research associate in history at the University of Chicago.
Posted by HighJive at 12:23 PM