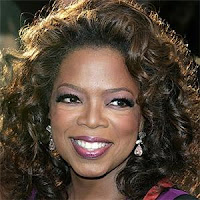 Associated Press presents another study revealing the obvious. Although you know some morons are saying, “Quit whining—barriers and glass ceilings never stopped Oprah.”

Black women face special challenges in their efforts to reach the top levels of corporate America, according to a new study.

Weaker or less strategic networks and inaccurate perceptions of their abilities are two leading barriers to their advancement to the positions of CEO, CFO or COO, according to the Executive Leadership Council, an organization for black executives.

The ELC questioned 150 executives, ranging from vice presidents to CEOs and board members from a variety of industries and locations, about reasons for the disparities. Thirty-one percent cited networking and 24 percent cited a perception gap as hindering the advancement of black women. Fifteen percent cited racism.

Seventy-five percent of the respondents said it was important to have senior executives who are minorities in order to provide new ideas and innovation and better reflect the diversity of their customers.

“If you have the same group of people looking at the same issues, you will come up with the same solutions,” said Carl Brooks, CEO of the ELC.

“At the end of the day, there is no replacement for outstanding performance,” said Jerri DeVard, a black woman who has worked for a variety of corporations and now runs DeVard Marketing Group in New York. “But then there are all those intangibles, and sometimes those intangibles are more important than the performance. You need someone who can demystify those intangibles and say, ‘These are the things that are getting in your way.”’

The study, released Wednesday, was conducted by Harris Interactive from Nov. 4 to Dec. 2.

Due to its small sample size, it is not scientifically representative of the business community at large.
Posted by HighJive at 12:00 AM