6342: Waaaaay Better Than The Real News. 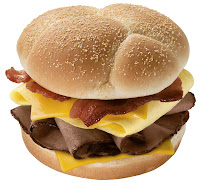 Skipping breakfast with a MultiCultClassics Monologue…

• Wendy’s announced plans to dramatically cut the number of restaurants serving breakfast items, and will relaunch its morning menu nationwide in 2011. Guess consumers don’t think the Steak and Egg Breakfast Sandwich is waaaaay better than, well, nothing.

• Motorola announced plans to cut 4,000 more jobs in 2009. Probably because they’ve failed to come up with anything that’s waaaaay better than the iPhone.

• New studies show surgeons and nurses could reduce the number of operating room deaths by over 40 percent with a simple checklist. The top tip on the list: Don’t accidentally kill the patient.

• Naomi Campbell settled the lawsuit with her ex-maid, who charged the supermodel beat and belittled her. Wonder if Campbell also threw in a cell phone.

• Tiffany reported holiday sales dropped 21 percent, as even the wealthy among us opted to cut back spending. Maybe Paloma Picasso could turn things around by designing a Barack Obama pendant.
Posted by HighJive at 1:28 PM