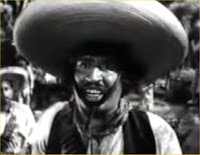 Scouting through the news with a MultiCultClassics Monologue…

• The Los Angeles Times reported the Boy Scouts have launched a campaign to increase Latino participation in California. The organization is currently about 3 percent Latino. The Boy Scouts are aware of the challenges. “We go in in a uniform that looks like the Border Patrol,” said the head of the Scouts’ Los Angeles Area Council. “Then we ask [adult volunteers] to fill out complex applications that ask for their Social Security numbers. I think we’ve found some good ways in L.A. to deal with some of these things, but we have to do a better job of getting parents to see Scouting as something that aligns with their hopes and dreams for their kids.” Badges? Badges? We don’t need no stinkin’ merit badges!

Update: Advertising Age reported on the Boy Scouts too.

• Sears and Kmart employees don’t need no stinkin’ employer matching contributions programs. Actually, they won’t have the option, as the struggling retailer announced it will stop contributing to employee 401(k) plans.

• Apple is facing a lawsuit over charges that iMac screens are defective. Hey, the PC character in the Apple advertising campaign will have a field day with this scenario.
Posted by HighJive at 11:56 AM

You mean we have Boy Scouts in this country illegally doing the jobs American scouts won’t?