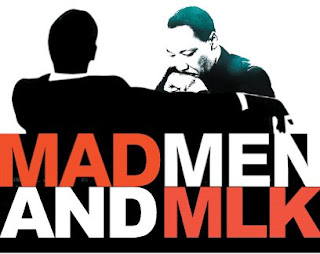 The Martin Luther King, Jr. Holiday obviously has special significance this year, as the nation is about to witness its first Black president take office. Even hardened cynics must agree the social and political event marks a major milestone in American progress.

It’s a safe bet that Dr. King would be pleased with the happenings on Pennsylvania Avenue. But how might he react to the situation on Madison Avenue?

Consider the picture painted by the recent Bendick and Egan Economic Consultants, Inc. report. When the authors sought to compare the staffing figures for Blacks on Madison Avenue versus the expected representation based on staffing figures in other fields, here’s what they concluded:

African Americans account for 4.3% of “officials and managers” in the advertising industry today. … about 47% of the expected representation.

African Americans account for 5.9% of professionals employed in the advertising industry today. … about 60% of the expected representation.

Bendick and Egan also observed “occupational segregation,” a phenomenon they described as “employment outcomes in which persons of different races tend to be employed in different functional roles, in different establishments, or at different levels of responsibilities.” Sounds like a technical explanation for the predominance of Black mailroom attendants, as well as the separate-but-unequal multicultural marketing silos.

The report presented other noteworthy factoids:

Based on data from 279 establishments within the advertising industry, 15.9% of the places employed zero Black managers or professionals.

The prestigious One Club Hall of Fame inducted 39 individuals between 1961 and 2008—and none was Black.

Blacks earned 82¢ or less for each $1 earned by White counterparts.

“Under-utilization of African Americans in the advertising industry has been recurrently brought to the industry’s attention for at least six decades.”

At the rate to date, “eliminating today’s Black under-utilization will require 71 years, or until the year 2079.”

Of course, Dr. King spoke to a wider audience than Blacks. Ditto Bendick and Egan, who wrote:

Although this paper focuses on African Americans, the same issues of employment bias in the advertising industry simultaneously affect other “outgroups” -- race-ethnic minorities such as Latinos and Asians; women; older workers; persons with disabilities; and even White males who do not share the cultural or stylistic characteristics of the White males who dominate the industry. These other groups would benefit alongside African Americans from a reformed, inclusive advertising industry culture. This broad potential enhances the urgency of addressing the problems raised in this report -- and addressing them in effective ways.

So how might Dr. King react to Mad Men 2.0—and the constant resistance to change from an industry boasting to be on the cutting edge of culture, yet woefully behind the times regarding diversity? Would the civil-rights icon lead a march on Madison Avenue—and perhaps rethink his position on nonviolence? We can only dream of the possibilities.
Posted by HighJive at 12:57 AM