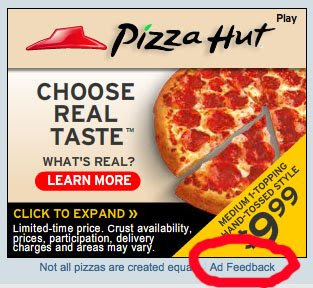 Only a lazy digital account person could have dreamed up this—soliciting feedback for banner advertising via the Web. Hey, respondents need only click on the Ad Feedback link to gain the opportunity to critique the creative. You’ll be allowed to answer questions like:

How would you describe your overall opinion of the ad?

When thinking about the ad in comparison to other online ad formats, would you say it is...?

Record your level of agreement or disagreement with the following statements:

What do you DISLIKE about the ad?

Not sure how the responses would be adequately measured, as participants aren’t required to identify themselves at all. Plus, the questions are the worst examples of old-school focus group probing, sans the traditional perks of free food and bowls of M&Ms. Why employ outdated advertising processes against what is still touted as new media? There’s gotta be a better way. 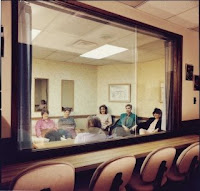