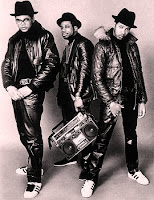 By Irene Plagianos and Larry Sutton

The new inductees also include the heavy-metal band Metallica, guitar wizard Jeff Beck, and R&B great Bobby Womack, who wrote “It’s All Over Now,” the first No. 1 hit for the Rolling Stones.

Although the hall is named for rockers, rap stars are now taking their place alongside them. “It’s all coming from the same place, the music, the energy,” said McDaniels, whose band dominated the hip-hop scene in the 1980s. “It’s all rock and roll, dude!”

The induction dinner, which for years was held at The Waldorf, will take place April 24 in Cleveland, home of the hall.

McDaniels gave props to Little Anthony and the Imperials, who began as a doo-wop group on the stoops of New York City in the 1950s and went on to record such hits as “Tears On My Pillow,” “Going Out of My Head” and “Hurt So Bad.”

“They were the hip-hop of their generation,” McDaniels said. “The same way we got together in an alleyway and worked out our songs, they’d do it on a street corner. They definitely belong in the Hall of Fame.”
Posted by HighJive at 1:14 PM