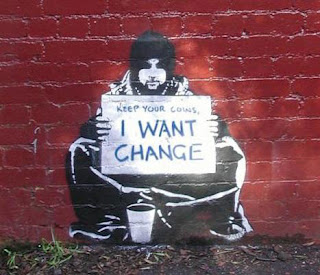 Adweek published the Nielsen report below. Scan it quickly and catch the MultiCultClassics perspective that follows.

NEW YORK Advertising in Spanish-Language media is growing, according to a new analysis of multi-cultural ad spending conducted by Adweek parent the Nielsen Co.

Total spending in Spanish-Language media climbed 2.7 percent to $4.3 billion through the first three quarters of 2008, compared to the same period in 2007.

Procter & Gamble spent the most on Spanish-Language advertising through September 2008 with $133 million in expenditures.

Of the top-10 advertisers in this category, DirecTV stood out with the most growth, spending almost five times as much as it spent through the first three quarters of 2007.

The analysis also included a look at spending on African-American media, which dropped 5.3 percent through the first three quarters of 2008. P&G cut its ad spending in the category by 10 percent compared to 2007, but was still the top advertiser in African-American media with $63.3 million in expenditures through September 2008.

This report plays loosely with the facts, and a cursory read creates misleading impressions.

It’s also interesting to see distinctions being made between minority media and minority advertising. Media dollars are up. But that doesn’t mean minority agencies are benefiting, as many White-owned media companies and advertising agencies are controlling the media duties and dollars.

But here’s another dirty little secret to consider. Way back in Essay Two, MultiCultClassics noted a P&G initiative to better distribute assignments across its roster of agencies. The hope was that minority shops might even nab general market projects. Didn’t happen. In fact, White agencies continue to handle minority-targeted assignments, allowing the Black agencies to serve as “consultants” who review storyboards and give suggestions. It’s a pretty patronizing and cynical gesture from a corporation proudly proclaiming, “My Black Is Beautiful.”

As for the 130 percent jump for Walmart, it’s tough to say. Again, doubling the amount does not mean leveling the playing field. The Martin Agency is producing lots of work with Black casting—and probably placing the media too. Plus, the report compares current figures versus the same period in the previous year. Not sure, but wasn’t Walmart jerking around its multicultural shops back then, letting them twist in the wind while the Arkansas-based retailer concentrated on the review to appoint a new White agency?

The Adweek headline reads, “Spanish-Language Ads on Rise.” The bullshit is on the rise too.
Posted by HighJive at 12:48 AM

I'm guessing this had something to do with why the P&G exec who ran My Black Is Beautiful quit a few months back. Can't confirm that, but I've got my suspicions...

Blowing sunshine up the butt is on the rise!