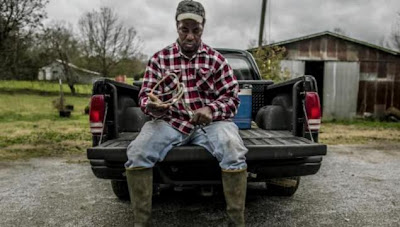 MultiCultClassics wasn’t the only one to notice the exclusivity depicted in the Dodge RAM Farmer campaign that launched during Super Bowl XLVII. Editorials have appeared from Advertising Age to The Atlantic—including a parody video from a Latino group. The online comments in response to the critiques are stereotypical and dumb, once again displaying the cultural cluelessness so prevalent in the advertising industry. The common stupidity covers the following:

”What group of consumers was RAM trying to sell to? Enough said.”

“Newsflash. It’s an ad. Perhaps the market segmentation study revealed that there was no way a ‘non-white’ farmer would go anywhere near a RAM truck. Maybe the largest and most profitable segment was exactly who was shown?”

“Everything does NOT have to be political—Get the F’ over it!”

“…What percentage of brands represent a number of ethnic groups in a single ad? How many times does McDonald’s come out with an ad featuring only African Americans? It seems that RAM picked a target group and did a pretty solid job appealing to it.”

Okey-doke. Where to begin?

Consider the fact that Dodge RAM insists it—along with The Richards Group—ripped off the concept in order to hype a promotion in support of farmers and hunger and educational programs. If the PR is to be believed, shouldn’t the messages have appealed to a broad audience? Wouldn’t there have been benefits to showing a diverse range of farmers?

Regarding the possibility that Dodge RAM is deliberately wooing a White audience, well, such thinking doesn’t make sense either. After all, at the 2012 ANA Multicultural Marketing and Diversity Conference, RAM Truck Brand’s President-CEO Fred Diaz revealed non-White sales were up and targeting minorities was imperative. Then again, Diaz is partnering with Richards Lerma, the minority ghetto division of The Richards Group.

As for the assholes condemning political correctness and Black Mickey D’s spots… oh, never mind. Countering the arguments of racists—especially ad racists—is a complete waste of time and effort.

It’s unlikely the Dodge RAM campaign is featuring Whites on purpose; rather, it’s probably nothing more than a reflection of the ignorance of a White client and its White advertising agency. To put an exclamation point on everything, it must be noted that Paul Harvey—whose words and voiceover drive the Dodge RAM commercial—was thought by many to be a racist.