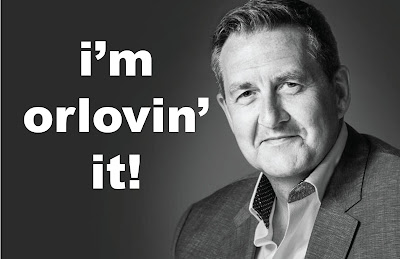 Campaign reported RAPP Global CEO Alexei Orlov resigned, presumably in response to a lawsuit branding him a sexist, racist, harassing bully. Now, such character defects are hardly unique for the average honcho in the advertising industry. For proof, simply combine the RAPP debacle with the Campbell Ewald and Gustavo Martinez scenarios to complete a culturally clueless trifecta featuring the Big Three holding companies (Campbell Ewald represents IPG, Martinez represents WPP and RAPP represents Omnicom). WPP Overlord Sir Martin Sorrell probably breathed a sigh of relief to realize he doesn’t employ Orlov, as it would have demonstrated a pattern of bad boy behavior dating back to former WPP Worldwide Creative Director Neil French at least. But wait! Orlov was on the WPP payroll while leading Wunderman from 2000-2008—so it’s tough for Sir Marty to ignore the facts. Somebody please ask Cyrus Mehri to dust off the Madison Avenue Project.

Rapp’s global chief executive officer, Alexei Orlov, has resigned in the midst of allegations about bullying, sexism, racism and harassment.

Orlov is replaced by Marco Scognamiglio, considered his number two and formerly the agency’s president for EMEA, APAC and executive vice president for client relations.

The agency is currently battling a lawsuit brought by former US president, Greg Andersen, who is suing for wrongful termination, retaliation and discrimination. Andersen claims he was sacked after complaining about Orlov to Rapp’s HR department.

His catalogue of claims against Orlov include the outgoing CEO’s alleged description of women as “fat cows” and stereotyping a Jewish colleague as “miserly.”

Sources have also pointed out to Campaign the long list of leavers from the Omnicom agency’s London shop, blaming wider bullying and abuse.

Rapp denied Andersen’s allegations in a statement filed to the LA Superior Court earlier this month, and described his sacking as “lawful and appropriate.” It has also denied the allegations made to Campaign about its London arm.

Neither the agency nor Orlov commented directly on the lawsuit, with the latter stating: “I am very proud that Rapp has grown in terms of clients and scope of work, which is a testament to our incredible talent.

“Marco and I have worked closely across a number of initiatives these past two years, and Rapp is in good hands.”

It is not known whether Orlov has a job to go to.

Smears the employee in the press.

Finally gets rid of the person doing the racism, sexism, discrimination.

"Oops, there's no one for you to sue, that person is no longer with the company."

Employee is blackballed and unable to find another job in the industry.

Gets no money because the holding company drags its feet for decades, counter-suing.

Only difference is they're doing it to white people now. They've been doing it to people of color for ages.